Our five day tour examines carefully selected events from 6th – 9th June 1944, appreciating the plight of the common soldier as he scrambled ashore amidst murderous German fire, his generation fighting to ensure the freedom that we enjoy today. What was it like to parachute into the night skies above Normandy or land by glider next to Pegasus Bridge at Ranville a few minutes after midnight? How did Colonel Rudder's Rangers scale the cliffs at Pointe du Hoc? What was the experience of American soldiers struggling through the surf at Omaha Beach, alongside renowned war photographer Robert Capa, or British assault troops faced with devastating enemy fire at the eastern end of Gold Beach? At the surviving German coastal battery position at Longues Sur Mer, we hear how terrified German gunners duelled with fearsome warships from their emplacements in the ‘Atlantic Wall’. All of this in the company of leading Normandy historian Dr Simon Trew.

On the morning of Tuesday 6th June the largest amphibious invasion in history breached the defences of the Atlantic Wall, opening the way for the Second Front and contributing to the final defeat of Hitler's Third Reich. The flanks of ‘Operation Overlord’ were secured by audacious airborne landings: in the west by the Americans around Ste-Mere-Eglise, to the east by the British near the River Orne. Between them, Allied troops landed on five beaches: Utah, Omaha, Gold, Juno and Sword, with varying degrees of success. Some forces were able to thrust inland immediately, others found themselves having to contend with withering German fire, a rising tide and an increasingly crowded beach.

"The eyes of the world are upon you. The hopes and prayers of liberty-loving people everywhere march with you."

Depart London St Pancras by Eurostar to Paris and thence to Normandy by train. Check in to our hotel for 4 nights. Welcome drinks and an introductory talk before dinner.

To Pegasus Bridge, the site of the British glider-borne assault, followed by the fight for the Merville Battery. Continue to La Riviere and Gold Beach to follow the exploits of 69th Infantry Brigade and learn how the only D-Day Victoria Cross was won.

Day 3 - The British and American Sectors

We visit the site of the US airborne landing at Ste-Mere-Eglise and the La Fiere causeway, scene of a desperate four-day struggle to establish control over a critical crossing of the River Merderet. After a brief stop at Utah Beach we visit Port-en-Bessin, captured by 47 RM Commando, and the German battery with its extant guns at Longues sur Mer.

We visit the German battery at Pointe Du Hoc, an area preserved as it was in 1944. Then on to several sites at Omaha Beach before ending our day at the American National Cemetery and memorial at St Laurent.

We visit the Commonwealth War Graves Commission Cemetery, the largest British cemetery in Normandy, and the nearby war museum. Return train to Paris and Eurostar to London. 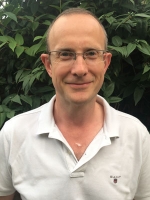 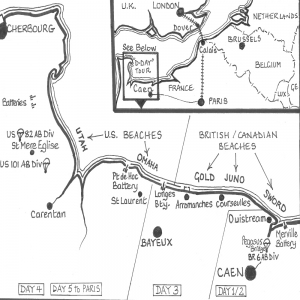 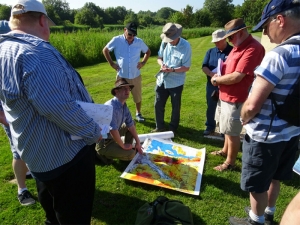 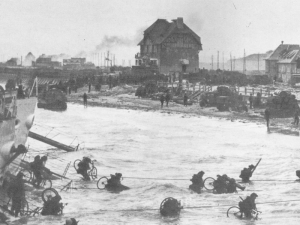 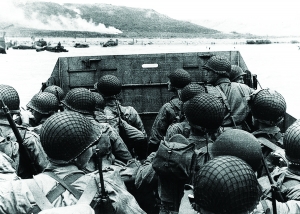 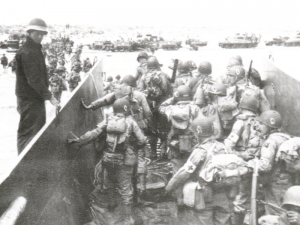