This diverse and fascinating tour traces the exploits of Napoleon following the nadir of his abdication in April 1814, when he was exiled to the beautiful Italian island of Elba, to the short-lived zenith of his return to France in March 1815 prior to the disaster (for him) that was Waterloo. Whilst Elba is a lovely island, in two days you will understand why the Emperor felt vulnerable, bored and restless and sought to abandon it. His official and summer residences are magnificently positioned and lovingly preserved, but miniscule compared the luxurious palaces with which he had become accustomed. Then, in an around about way (returning to Rome to fly to Nice), we arrive at Golfe Juan where the soon to be outlawed General Bonaparte landed with his tiny army. From there we trace his footsteps along the eponymous Route Napoleon to Grenoble, enjoying breath-taking mountain scenery and travelling through picturesque villages where he made celebrated rests.

After fighting the brilliant yet unrealistic campaign of France during the winter of 1814 with his motley force of boys, pensioners and exhausted veterans with much reluctance Napoleon was coerced into abdication and thence banished to the small Mediterranean island of Elba. Once there he set about improving that island’s economic outlook with gusto. But Napoleon found the restrictions of the small island too great for his restless ambition. Regularly receiving reports from France as to the unpopularity of the Bourbon regime that had replaced him, he determined upon the last great gamble of his career. Slipping away under the cover of darkness and evading the Royal Navy, he landed at Golfe Juan on 2 March 1815 and immediately commenced his march on Paris to regain his place at the head of the French Empire and prepare for what was to be his final campaign – Waterloo.

"Before Grenoble I was an adventurer. At Grenoble I became a reigning prince again."

Day 1 - Exiled
Fly to Rome from where we drive to Piombino to catch the ferry to Portoferraio, the capital of Elba. Check-in to our hotel for two nights.

Today we visit the simple but atmospheric Villa dei Mulini, Napoleon’s home for much of his time on the island as well as his summer residence at Villa di San Martino. We will also explore the Stella and Falcone forts.

We take the return ferry to the mainland (1 hour) and drive to Rome to catch our flight to Nice and thence to Antibes where we spend the next two nights.

Visit Fort Carré (or Gabelle), where it is said that Napoleon was imprisoned in 1794. Thence to the beach at Golfe Juan where Napoleon came ashore after his escape. At Cannes we see the site where he set up camp on his first night ashore besides the church of Notre Dame de Bon Voyage.

In slightly quicker time we follow Napoleon’s famous march to Paris following his route through the mountains to Grenoble visiting many of his overnight stops and enjoying in-situ anecdotes at Grasse, Saint Vallier, Seranon, Castellane, Barreme, Digne and finally Malijai, where we spend the night nearby.

We explore the superbly sited fortress of Sisteron which Napoleon feared had the potential to terminate his venture. We take the opportunity to explore the lovely Alpine town of Gap, the population of which accompanied Napoleon on his march. Thence to Corps and Ponthaut Bridge on the outskirts of La Mure to discuss the halfhearted attempt to prevent his progress. Continue to Grenoble where we check-in to our hotel for the last two nights.

We visit La Prairie de la Recontre where Napoleon memorably confronted and converted the 5th Line Regiment to his cause. We stop for lunch at Vizille and visit the Musée de la Revolution Francaise which commemorates where the French Revolution actually started. Continue to Brie where the errant Colonel La Bedoyere re-joined his beloved master.

Drive to Lyon for our return flight to London. 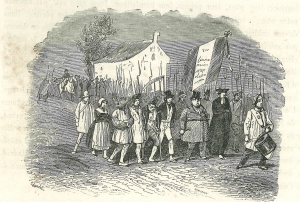 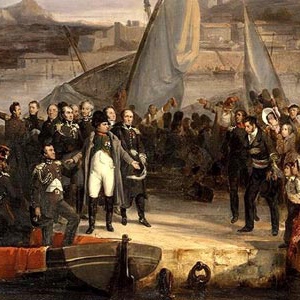