During this six day tour to northern Italy we will visit five battlefields that were pivotal in the struggle for Italian Independence; the allied victories in 1859 at Montebello, Palestro, Magenta and Solferino and the reality check at Custoza in 1866. We’ll be based in the colourful Lombardy city of Magenta, and Peschiera which provides us with a fine example of a Quadrilateral fortress, perched on the banks of the incredibly beautiful Lake Garda. Throughout our travels we will truly grasp how the breath-taking mountainous terrain and rivers influenced the strategy and planning of both sides.

After nearly 20 years of ‘enlightened’ French hegemony, the Congress of Vienna saw Northern Italy once more placed under oppressive Austro-Hungarian control as demonstrated by the ensuing development of the ‘Quadrilateral Fortress’ system. But the sparks of nationalism could not be extinguished and as Sardinia (Piedmont) grew in strength she provided leadership for the drive for Italian independence and unification. Encouraged by the ‘five day’ Milan revolt on 22 March 1848 she declared war on the Habsburg Empire only to be defeated at Custoza and Novara. But by ceding Nice and Savoy to France, Sardinia bought the support of Napoleon III and thus encouraged, once again engineered war in April 1859. The bloody and unimaginative battles of Magenta and Solferino followed but which consolidated Piedmont’s dominance of Lombardy. When in June 1866, Prussia struck against Austria, the recently declared Kingdom of Italy once again took the offensive but was defeated at the second battle of Custoza.

"Did the tour meet my expectations? I would say, unquestionably exceeded, Thank You"

Check in to hotel in Magenta for two nights.

Travelling via the strategic Stradella Gap, we visit Montebello, where on 20 May 1859, a French division supported by Sardinian cavalry ‘bumped’ into a much larger Austrian force. Thence to Palestro where the Austrians attempted to check the Sardinian advance on Milan.

We explore the battlefield of Magenta, fought on 4 June 1859, the result of which allowed the Allies to enter Milan triumphant. Here we also visit its museum, ossuary and many monuments. Drive eastwards to Peschiera, one of the Quadrilateral Fortresses. Walk the impressive ramparts and explore the fortress. Check into our hotel for three nights.

A full day exploring Solferino, the decisive battle of the 1859 campaign, where Franz Josef was persuaded to offer battle west of the Mincio River. From atop of both the Spy of Italy and the San Martino tower we gain a wonderful panorama of the battlefield which has changed little over the years. We visit the Red Cross monument, the battlefield museums, the chapel and ossuary. We end the day by crossing the Mincio to review the area to the east, where Franz Josef might arguably have fared better.

We spend the day retracing Custoza, situated in the heart of the Quadrilateral and where on 24 June 1866, the vastly outnumbered Austrians inflicted serious defeat on the Italians.

Visit the Risorgimento Museum which tells the story of the Italian struggle for independence from its early day’s right up to WW1. Transfer to Milan airport for our return flight to London. 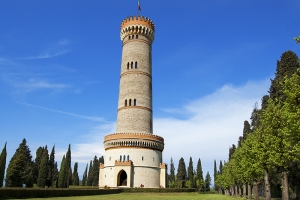 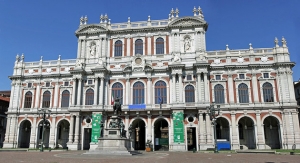 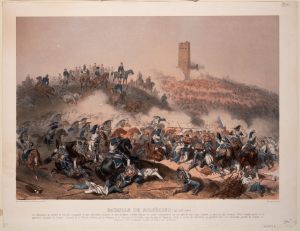 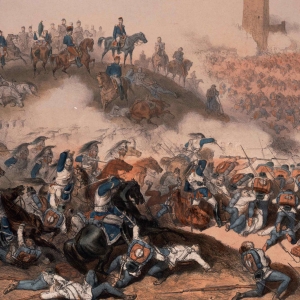