This our second in a trilogy of Frederick the Great tours, follows the famous leader’s fortunes throughout Bohemia against the Austrian Empire. Whilst based in the traditional Bohemian town of Hradec Kralove and the magnificent capital city of Prague, we travel through rolling countryside and experience wonderful Czech hospitality. These battlefields may be amongst Europe’s less well-known and visited, but they remain, in the best part, undisturbed and thus, a perfect platform to demonstrate Frederick the Great’s tactical genius. Our expert historian, Major General John Drewienkiewicz extends his study of the Prussian Army of the 1860's right back to its roots to the climactic battles which inspired the later generals.

This tour visits battlefields from two different wars: The War of Austrian Succession (in particular the First Silesian War) and the Seven Years War. Both of which saw the Austrian Empire defending itself against Frederick the Great’s invading Prussian military machine. Frederick’s initial successes in Silesia led to a further invasion of Bohemia in 1757 which came mighty close to occupying Prague, but he was eventually pushed back into Silesia and then Prussia itself. Throughout the tour we will study examples of why Frederick the Great is considered one of history’s most influential military thinkers and tacticians, but also learn of some of his defeats where sheer numbers or rare strategic misjudgements cost him heavy losses and ultimately success.

"This was our first battlefield tour we have been on and it exceeded all of our expectations. John really is an expert in his field"

Fly London Prague and transfer to our hotel in the historic and charming town of Hradec Kralove for 3 nights.

We drive south and after stopping at the traditional towns of Pardubice and Nove Dvory we explore the battlefield of Chotusice. Fought in 1742 as part of the War of Austrian Succession, it was the only battle started by the Austrians during the war as they tried to retake Prague. Frederick was initially unprepared with his forces scattered. However, he ended up snatching victory form the jaws of defeat, and the Treaty of Breslau quickly followed.

Frederick once again proved his and his army’s military superiority at Soor. The Austrian army outnumbered him significantly, but their surprise attack failed and the Prussians gained the upper hand in what became a comfortable victory. At the Josephstadt fortress we can see a fine example of the measures being taken by the Austrians to protect themselves against further Prussian aggression.

We check-out of our hotel and head towards Prague, along the way we see a preserved Austrian battery position which was in use from the Silesian Wars through to the Austro-Prussian War, which happens to be adjacent to the Museum. Once in Prague we take a tour of the attractive, vibrant and historically rich capital, before checking-in to our hotel for 4 nights.

We drive north from Prague to study the battlefield of Lobositz. This was the first European battle of the 7 years’ war fought in October 1756 when Frederick was trying to push further in Bohemia, but was halted and forced back into Saxony for the Winter. We stop in at another 18th century fortress town at Theresienstadt, which became notorious in the Second World War.

Frederick attempted to take the capital in May 1757, and after splitting the Austrian army in two with the ‘Prague Maneuver’ threw them back into the city. However, his own army had been severely weakened resulting in him deciding to siege the city rather than attempt to storm it outright.

Our final battle of this tour is an Austrian victory, just over a month after Prague. The Austrian relief army defeated the Prussians very heavily, in what was Frederick's most significant reverse until then, when the Prussians lost nearly 14,000. Frederick reeled back from Bohemia to Silesia to lick his wounds. But he would be back, as will be demonstrated in the next tour, Frederick in Prussia and Saxony.

After a morning visit to the Prague military museum, we catch our afternoon flight to London. 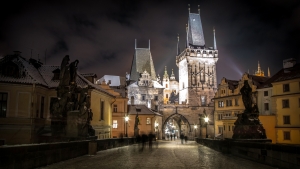 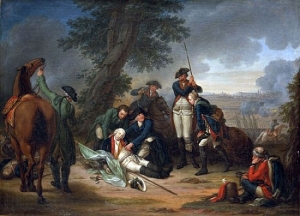 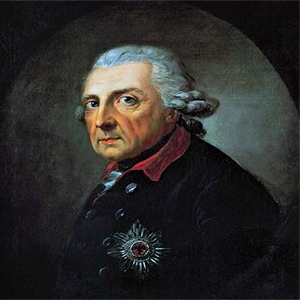