This tour takes us through three great central European capital cities, all of which had significant Jewish populations before the Second World War. As we journey from Prague, through Vienna and on to Budapest, we will discover something of the varied experiences of Jews and other victims of Nazi Germany in this region.

We will explore a number of different former Jewish ghettos such as: the ‘model’ ghetto in Terezin and the multiple ghettos in Budapest; the site of euthanasia killings at the castle in Hartheim; and the former slave labour camp of Mauthausen. As we travel we will hear stories of resistance and revenge at Lidice; rescue and murder in the International ghetto of Budapest; and uncover some of the less familiar Holocaust landscapes that are found in this fascinating region.

Guided by leading Holocaust historian Prof Tim Cole of Bristol University, this tour provides new insights in to the horrors suffered in Central Europe at the hands of the Nazis, and leans heavily on the content of his book 'Holocaust Landscapes’.

The tour takes in some of the countries occupied by Nazi Germany: Austria annexed into the Reich in 1938; Czechoslovakia occupied in 1939; and Hungary which was not overrun until the spring of 1944. In the aftermath of occupation, the country’s Jews were subjected to different anti-Jewish measures including forced emigration, forced labour, concentration and deportation. Occupation also brought non-Jewish neighbours into the story with reactions ranging from collaboration through to resistance.

Although the main death camps were sited in German-occupied Poland, there are important sites of Holocaust history and memory that lie along the route of our tour through the heart of what was, during the second world war, German-occupied Central Europe.

"Probably the most informative and interesting holiday I have ever been on. Thank you so much to all involved"

Fly London to Prague. In the afternoon tour the fascinating Jewish Quarter including the Pinkas Synagogue a touching a memorial to the victims of the Holocaust, The Old Jewish Cemetery and Jewish Museum. Hitler wished for the Jewish quarter in Prague to be preserved as a ’museum of an extinct race’. Check in to our Prague hotel for two nights.

This morning we drive out to the town of Terezin, or to give it its name of the time Theresienstadt. Used as a Labour Camp that was presented as a "model Jewish settlement" for propaganda purposes and even visited by the Red Cross, the reality was much bleaker. At the Lidice Memorial see where the Nazi regime wiped an entire village off the map, killing or imprisoning the population in the process. The massacre was carried out in response to the assassination of Reinhard Heydrich.

Drive to the Hartheim Euthanasia Centre near Linz in Austria. The castle was one of the main centres for the Nazi’s euthanasia programme, or Action T4. This afternoon take a walking tour of Linz, which Hitler considered to be his home town and our base for the night.

Today we visit Mathausen Concentration Camp. The camp functioned from 1938 and was the last to be liberated by the allies. It was infamous for its ‘extermination through labour’ and acquired the nickname Knochenmühle, meaning the bone grinder or bone mill. Drive to Vienna and check in to our hotel for two nights.

This morning we take a tour of the grand and beautiful imperial city of Vienna with special focus on its Jewish history including the Judenplatz memorial. The afternoon is your own to further explore the city, take part in some retail therapy or relax with a coffee and some patisserie. This evening we enjoy a special evening visit to the Freud Museum where the father of psychoanalysis lived and practiced before he was forced to flee to London.

Journey by rail into Hungary and its capital Budapest. Despite there being a ghetto in Budapest, Hungary didn’t start deporting its Jews until 1944. Most of Hungary’s Jews were deported to Auschwitz over a short period in 1944, and it had the second highest number of Jewish deaths after Poland. Today we tour Budapest, visiting the site of the Pest Ghetto, the Dohany Synagogue (Europe’s Largest) and the Yellow Star Houses. The Yellow Star Houses were buildings that were designated as compulsory residences for the Jews of Budapest in 1944. Check-in to our hotel for the final night of the tour.

Continue exploring Budapest’s holocaust story at the modern and interactive Holocaust Memorial Centre. At the International Ghetto we’ll learn about the heroics of Raoul Wallenberg and how he saved thousands of Jewish lives. We will also visit the small but poignant Shoes on the Danube Memorial, to honour the many Jews who were shot by the Arrow Cross into the river in 1944-45. Catch our evening flight back to London. 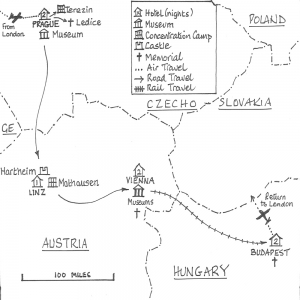 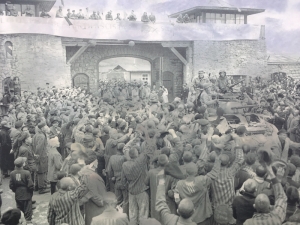 On May 5th 1945 the first US Army tanks reach Mauthausen 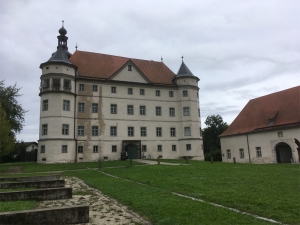 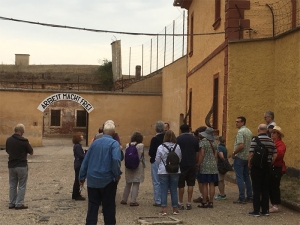 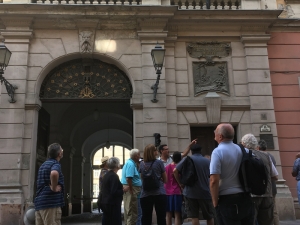 Walking tour of the Ghetto 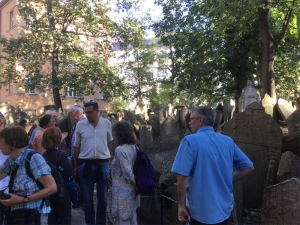 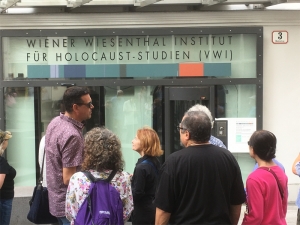 Outside The Wiesenthal Institute for Holocaust Studies 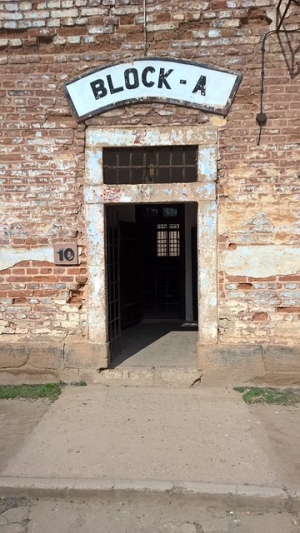