In a superb and comprehensive assessment of the events associated with ‘The Hundred Days’, award-winning historian Tim Clayton, author of ‘Waterloo: Four Days that Changed Europe’s Destiny’ and General Ashley Truluck CB CBE, chairman of the ‘Society for Army Historical Research’ will guide you around, discuss and challenge this dramatic period of history based upon their academic research and practical military experience. A real tour de force!
We will visit two of Napoleon’s favourite chateaux, walk the grounds of another, see where the Eagles were distributed, visit some superb museums, pay our respects to the fallen of both sides, follow the routes of the three armies, explore the major battlefields and even take afternoon tea at the British Embassy in Paris (the former home of Napoleon’s sister Pauline and purchased from her by the Duke of Wellington in 1814). We understand that during our time at Waterloo, the local authorities are planning a re-enactment of the battle, although this cannot be confirmed at present, but there are sure to be plenty of actors in period costume nevertheless.

Shortly after his first abdication, in an emotional farewell to his Old Guard at Fontainebleau on 20 April 1814, Napoleon departed for exile on Elba. But less than a year later, in what became known as ‘The Hundred Days’, he was back in Paris, having overthrown the surrogate Bourbon regime in a desperate attempt to re-assert his authority over France and in Europe. Despite numerous peace overtures, once again he found a coalition of Allied armies converging upon France determined to be rid of this European outlaw once and for all. Seeing little choice, Napoleon determined on a pre-emptive strike against the two closest armies, Wellington’s Anglo-Dutch army around Brussels and Marshal Blucher’s Prussian army both assembling in Belgium.

Initially Napoleon achieved strategic surprise, but was unable to exploit the engagements with Wellington and Blucher at Quatre Bras and Ligny respectively. Thereafter the initiative slipped away from him as the Allied generals determined to make a united stand together. The final showdown at Waterloo became a tense race for time as Wellington’s outnumbered army held tenaciously to the famous ridge until Blucher’s army joined them to tip the balance. Within days a comprehensively defeated Napoleon was to be found back in Paris at his favourite chateau of Malmaison contemplating his failure and future in equal measure.

Depart London St Pancras station by Eurostar to Paris from where we drive to the magnificent Palace of Fontainebleau. It was here, in the in the palace courtyard, that Napoleon bade farewell to his beloved Imperial Guard before being forced into exile on the island of Elba. Return to Paris to check-in to our hotel for three nights. We enjoy welcome drinks and a short talk by both expert historians before dinner.

Upon his return to Paris in March 1815, Napoleon sought to reassert his authority: at the Champ de Mars (Trocadero) where he distributed cherished Eagles to his regiments; at the Arc de Triomphe (still under construction in 1815) which records the martial achievements of France during the Revolutionary and Napoleonic Wars; at the Tuileries Gardens and the ceremonial Arc de Triomphe du Carrousel, all that remains of the palace from where Napoleon exerted his power. This afternoon we consider the greater ‘gloire’ of the First Empire: at Pere Lachaise cemetery we pay homage to many of the French generals and marshals; at the Luxembourg Gardens we visit Marshal Ney’s statue placed on the site where he was executed; at Les Invalides we pay our respects to the Emperor himself; and end our day at the wonderful Musée de l’Armée with its fine Napoleonic collection. This evening we dine at the legendary historic Le Procope brasserie, familiar to many a revolutionary and a young Napoleon, whose pawned hat is proudly displayed in its foyer.

Drive to elegant residence of Malmaison, beloved by both Napoleon and Josephine, where we discuss their early years of happy marriage, its role during the Allied occupation of Paris when Tsar Alexander and others came to visit Josephine before her untimely death, and Napoleon’s last days after Waterloo spent in final contemplation. Returning to Paris we visit the little museum that celebrates France’s highest honour, the Legion d’Honneur, ending our day at the Hotel de Charost, the former home of Napoleon’s sister Pauline, and today the British Embassy where we enjoy tea and a guided stroll around its gardens.

Like the French army in June 1815, so we set off for Belgium. En-route we will visit the Imperial chateau of Compiegne with its Napoleonic collections from both Empires and stop briefly at Peronne, scene of the last action fought by the British Army in 1815. Thence to Beaumont, from where Napoleon launched his strike, before tracing the route of the French army through the lovely Sambre valley. Continue to Waterloo where we check-in to our hotel for the remaining four nights.

Enter the Duke of Wellington, who had recently arrived in Brussels to take command of the Allied Army. We visit the magnificent Grand Place in the centre of medieval Brussels and walk through the city to the Royal Palace to see where he lived, worked and relaxed nearby. We describe his reaction, at the Duchess of Richmond’s Ball, to Napoleon’s surprise crossings of the Sambre, and then follow his deployment from Brussels south to Waterloo where we visit his headquarters in the town – now the Wellington Museum.

This morning we continue Wellington’s progress south to check Napoleon’s advance into Belgium. We witness his meeting with Blucher at the Prussian Army command post above Ligny and remain on site to see how the ensuing bloody battle for the villages and bridges across the Ligny Brook panned out. We then follow Wellington back to the crossroads at Quatre Bras to witness the parallel clash between his Anglo-Dutch Army and the other Wing of Napoleon’s army. Without a decisive result at either location, Wellington was forced to withdraw back towards Brussels and we finish the day by following his route back to the ridge which becomes the battlefield of Waterloo – and finally return to dine in Waterloo town that night – as did Wellington.

Today we return to survey the battlefield as Wellington did. We also view the field from Napoleon’s perspective before then visiting the recently restored Hougoumont Farm on Wellington’s right flank where Napoleon opened his attack. From there we climb onto the ridge to witness Napoleon’s infantry attack designed to punch through the Allied centre, and see how it was defeated by the charge of the British heavy cavalry. We walk down the ridge to see how allied riflemen defended the outposts in the famous Sandpit and farm of La Haye Sainte. After lunch, we move to the area of the French cavalry attacks - defeated by Wellington’s accurate artillery and steady infantry squares. Finally, we transfer to Plancenoit on the French right flank to describe the belated arrival of the Prussians and enjoy a peaceful drink in the pretty village square - reminding ourselves that this was the scene of some of the bloodiest fighting of the whole battle.

We return to the battlefield to walk the route of the Imperial Guard’s final attack up onto the ridge and see where they were dramatically defeated by Wellington’s elite Guards and Light troops. We conclude our visit to Waterloo by visiting the excellent new Waterloo Visitor Centre. Then back to Brussels to catch our Eurostar train getting us back to London by early evening. 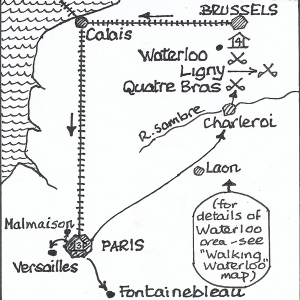 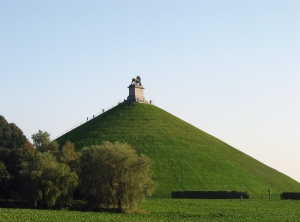 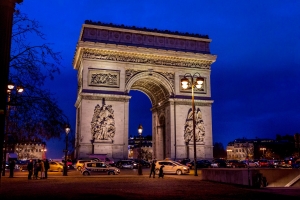 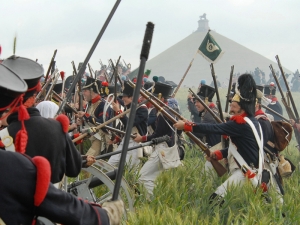 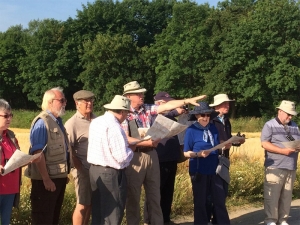 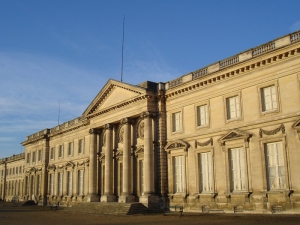 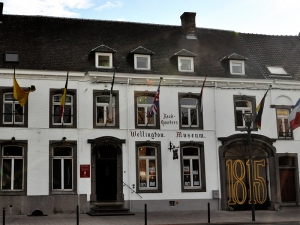