This unique tour offers a rare opportunity to explore this remote and enigmatic country; one of the last travel adventures remaining in Europe. We visit some of the lesser known parts of the country: the castles at Mir and Kosava, the Brest-Litovsk fortress, the atrocity and commemorative monument at Khatyn and the cultural east of the country where the rarely visited cities of Polotsk and Vitebsk can be found. And pivotal to all this touring is the modern and lively capital city of Minsk. There will be considerable coach travel involved as we travel back and forth across the width of Belarus (some 1000 miles in total). Accommodation throughout is the best available, classified as either three or four star by local authorities.

The tour will be jointly led by Alan Rooney, Managing Director of The Cultural Experience and popular expert historian Bob Kershaw, who share a passion for operations in Russia, Poland and Belarus.

The common perception is that Belarus represents the last bastion of the old style Soviet era - certainly the austere architecture of Minsk, its capital, would reinforce that view. Positioned between Poland and Russia, the country has seen its fair share of invading forces, none more so than in 1812 and 1941, when it was part of greater Russia. During Napoleon’s invasion of 1812, the French received their first check of the campaign in a cavalry skirmish outside the castle of Mir in July; in August and October their Bavarian allies experienced mixed fortune against Wittgenstein’s army; and at the Berezina in November, Napoleon demonstrated a last flash of genius and luck as the remains of his army escaped the clutches of the three encircling Russian armies. Some 130 years later, Belarus once again suffered the ravages of the invader, both German and Russian: in 1939 the 19th Century fortress Brest (then part of Poland) held out for four days before surrendering to Guderian’s XIX Panzer Corps, who promptly handed over the fortress to their Russian allies; almost two years later in 1941, a tiny force of Russians found themselves besieged in that same fortress as Operation Barbarossa was unleashed, an offensive which drove through the heart of modern Belarus enslaving its population until liberated by the equally devastating counter-offensive of Operation Bagration in 1944.

Check-in to our hotel for one night. Welcome drinks and introductory talk.

We visit Kosava with its small museum dedicated to Polish military engineer, freedom fighter and hero of the American Revolution, Tadeusz Kosciuszko. At Kobryn we visit the historical museum and discuss the small action between the Saxons and Russians in July 1812. We also visit the home and museum of Russian general and national hero, Alexander Suvorov. Continue to Brest-Litovsk and check-in our hotel for two nights.

The Fortress built in the mid-19th century has been left just as it was at the end of the war, in particular the bullet riddled Khomsky Gate, the scars from the German assault on 21 June 1941; today the whole complex can be explored on foot and it houses an excellent 1941 defence museum. Time permitting we will also visit the wonderful railway museum with its Soviet era steam locomotives.

We visit the battlefield and poignant chapel at Gorodeczna where Austrian General Schwartzenberg’s victory shored up Napoleon’s southern flank in August 1812. Switching to 1941, we trace the footsteps of the advancing German Army in 1941, in particular we examine the Gross Deutschland Division’s hard fought action to contain the southern end of the huge Minsk pocket at Stolovitchi. Thence to the cavalry skirmish of July 1812 at Mir and the superbly restored castle with its battle gallery and armoury. Check-in to our Minsk hotel for two nights.

Take a city tour of Minsk including Lee Harvey Oswald’s apartment building, the Island of Tears, the Monument to the Fallen Jews, the Great Patriotic War Museum and Victory Square. Some free time in and around Independence Avenue.

To the controversial Khatyn Memorial, which now commemorates some 3 million Belarussians killed during the war and discuss the brutal operations conducted by the SS Dirlewanger brigade. En-route to Polotsk we explore a preserved bunker complex which held up the Germans for some time before they took that city. At Polotsk, we discuss the two battlefields of 1812, visit the regional museum, the Red Bridge and battle monument. Continue to Vitebsk, the Belarussian city of culture, for one night.

A brief exploration of central Vitebsk before we drive south to examine the operations of the German Panzergruppe 3 as they continued their advance towards Smolensk in 1941. At Studianka, besides the banks of the Berezina River, we discuss Napoleon’s epic escape in 1812 over Baron Eble’s pontoon bridges, explore the northern banks that saw so much carnage and visit the dedicated museum in Borisov. Continue to Minsk and check-in to our hotel for the last night.

Drive to the airport via the Mound of Glory which commemorates the liberation of Minsk in 1944. Return flight to London. 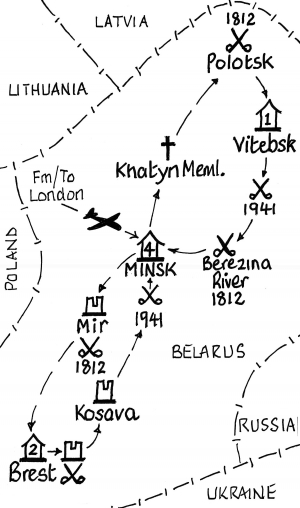 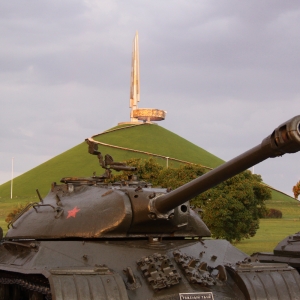 The mound of Glory just outside Minsk City 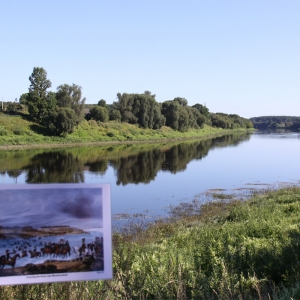 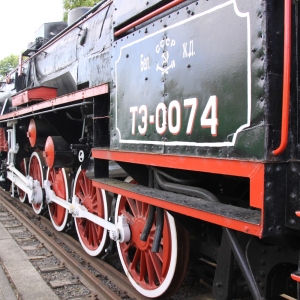 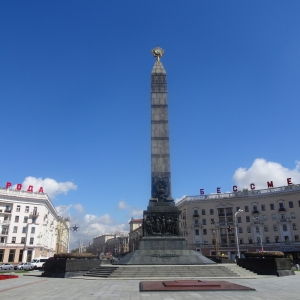 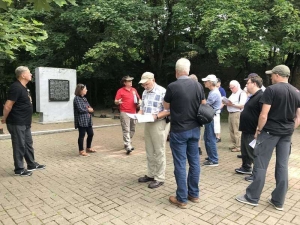 Discussing the battles at the Red Bridge at Polotsk 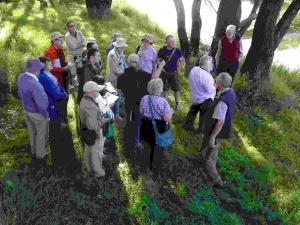