Follow in the footsteps of Quinctillus Varus and his three legions on the road to their destruction. On this tour we travel through the little visited regions of the Netherlands and North Germany, stopping at the historic towns of sleepy Leiden, Xanten and Paderborn. We will experience the glory of Rome come to life at a variety of different museums along the way, including the Hogwoerd and Xanten open air Archaeological Parks, built on the sites of old Roman forts. At Anreppen we will see some of the ongoing excavations of the earthworks and foundations of the Fort that once controlled the Lippe Valley. The whole tour will come to a climactic end with a visit to the Hemannsdenkmal and to the rediscovered site of the battle itself.

The tour will be led by Tony Wilmott, a senior archaeologist with Historic England and one of the foremost authorities on the outreaches of the Roman Empire. He will present the tragic story in an exciting and innovative way as we examine the roads, forts and battlefields of the legions last journey that will leave you buzzing with questions.

The Battle of Teutoburg Forest was nothing short of a massacre of three Roman legions, resulting in the retreat of the Roman Empire across the Rhine, a border they would never successfully conquer again. In 9AD, Quinctillus Varus, supreme commander of Germania led the doomed 17th, 18th and 19th legion across the Rhine, intending to demand tribute, but instead were ambushed by four Cherusci tribes, united under the German symbol of resistance and unity, Arminus. The legions were decimated, some captured, some escaped, but most died. Such was the devastation that their legion numbers were never used by the Romans again. Varus escaped, but eventually committed suicide.

Drive to Leiden and visit the world-class National Museum of Antiquities in Leiden to see the course of the Roman Empire in the Netherlands. Look out for the bronze horseman’s mask and see the mixture of cultures that influenced the rulers and workers during the Roman occupation and beyond. Check in to our hotel for one night.

Start the day at the Fossa Corbulonis, the 23 mile canal dug under the reign of Claudius to connect the all-important River Rhine and the Meuse. Spend the rest of the day travelling back through the centuries at two intriguing and immersive open air archaeological parks. Discover every day Roman life at Archaeon by exploring its reconstructed town, full of living history and sights, smells and noise before having lunch in the reconstructed Mansio. Travel to Hogwoerd, the largest site of archaeological research in the Netherlands, where we will get a glimpse of the Roman limes, the frontier along the Rhine first started by Hadrian. Walk the walls and watchtowers of this rebuilt Roman fort, experience life as a gladiator and witness 3000 years of human history. Drive to Xanten where we check in to our hotel for two nights.

Most of today will be spent at the vast Roman archaeological park with its’s superb state of the art Roman museum, built upon the site of the ancient baths of the Roman city of Colonia Ulpia Traiana. One of the Augustan forts from which Varus’s forces set off, it was also besieged during the Batavian revolt, and was later developed into one of the major cities of the Germania Inferior. It was home to the Elder Pliny, who took part in the campaign to recapture Varus’s lost eagles. After the park, we will see the Romanesque cathedral with its two imposing towers in the city that spawned the legend of Siegfried.

Follow Varus’s route across the Lippe Valley via the three principle legionary fortress through which his force passed, all abandoned after the massacre. We will stop at the interactive museum at Haltern am See, home of the decimated 19th Legion and centre of Roman command in Germania before travelling to the reconstructed earthworks and ramparts of Oberaden and Anreppen. Drive to our hotel in Paderborn, a 1200 year old medieval university and cathedral city with deep Carolingian links.

Spend the morning at Hermansdenkmal, the towering majestic monument to Arminius and the Varus battle, built by the Kaiser on the traditional (but wrong) site of battle. Enjoy a walk through these historic woods before driving to the site of the Battle of Teutoburg Forest. See the field and walk the battle lines before entering the new, cutting edge research museum which gives a voice to the two sides of the battle. Discover the secrets that the disputed and contradictory history has previously eluded and pause at the garden pavilions to listen to echoes of the past. Drive to Osnabruck and our final hotel.

Drive to Schiphol and fly home 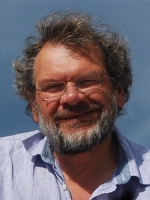 Tony Wilmott is a Senior Archaeologist with Historic England. He has spent many years directing excavations on Hadrian's Wall and is a recognised authority on the frontiers of the Roman Empire. He has travelled widely within the Roman world. 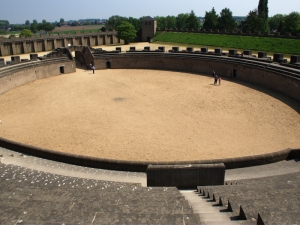 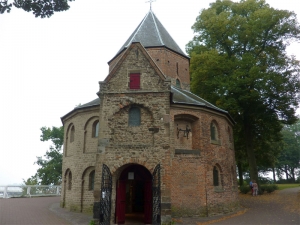 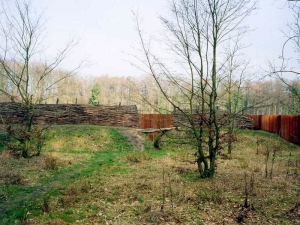 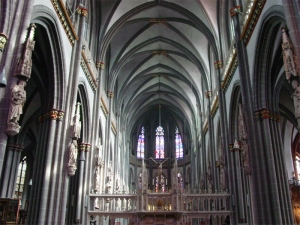