The overriding theme of this tour is the study of the modern wars fought by Israel from 1948 to 2006 to assert and maintain its right as an independent nation. In doing so however, we experience a wonderful combination of geography, history and architecture. The arid but ingeniously irrigated south; the verdant Jordan Valley which feeds the Dead Sea some 400 metres below sea-level; the narrow winding alleys of ancient and complex Jerusalem, its iconic sites a testament to its dichotomic past of violence and religion; the remains of impressive Crusader strongholds such as Belvoir and Monfort; the haunting Roman ruins at Beit Shean; the remnants of the ancient table top fortress palace of Masada; and the splendid platform provided by the rocky yet green Golan Heights. Throughout we maintain a balanced perspective on the Holy Land’s troubled past and present, culture and religion being constant accompanying themes during the tour. We are led by military historian Colonel Tony Malkin who served in Israel for many years.

Conflict and religion have been constant partners in The Holy Land over the centuries. Since the dawn of civilization this small strip of land has seen the convergence and collision of many of the world’s great empires and main-stream religions. But it was the Crusaders who set the scene as we know it today. Christian pilgrims needed protection from local bandits and robbers as they made their perilous way to Jerusalem. Knights in the guise of Christian chivalry, provided security whilst concurrently land grabbing in the name of religion. This fiercely contested land witnessed the horrors of World War 1 when General Allenby’s Egyptian Expeditionary Force fought a manoeuvre based combined arms battle from the Suez Canal to Syria applying military doctrine ahead of its time. But Israel’s modern military history starts with its Declaration of Independence in May 1948 from which time it would fight existential battles as it developed as a nation: a War of Independence in 1948, Suez in 1956, the 1967 Six Day War, the Yom Kippur War of 1973 and more recently the threat from Hamas and Hezbollah in a model of modern asymmetrical warfare.

Fly from London to Tel Aviv, transfer to Jerusalem and check in to our hotel for five nights.

Visit the Black Arrow Memorial commemorating the 1955 Israeli operation against Gaza. At Beersheba we see where General Allenby’s forces broke through the Ottoman lines in 1917, visit the Australian Light Horse Memorial and the CWGC Cemetery.

Travel to the Latrun Salient from where the Jordanians dominated the route to Jerusalem until 1967. From the fort and heights we discuss the Israeli failed assaults of 1948, enjoy stunning views over the Ayalon Valley and visit the Latrun War Museum with its spectacular international collection of tanks.

An orientation of Jerusalem from Ammunition Hill, site of the Israeli paratroopers’ most famous battle from the 1967 war. Walk the ramparts of the Old City that have been assaulted by Assyrian, Crusader and Israeli alike. End with a walk down from the Mount of Olives to the Western Wall via the Austrian Hospice and the Holy Sepulchre Church.

Climb by cable car to Masada, site of the famous siege that ended the Great Jewish Rebellion against Rome, and walk through the 2000-year-old Roman siege camp. Visit Kalya Beach to experience a dip in the Dead Sea. Thence to the ruins of Tel as Sultan where Joshua led the destruction of Jericho and take the cable car to summit of the Mount of Temptation.

As we travel north through the West Bank in the Jordan Valley we look across to Karameh in Jordan and discuss the operation there against the PLO in 1968. Thence to the impressive archaeological remains at Beit Shean and Belvoir Crusader fortress. Check in to our hotel by the Sea of Galilee for four nights.

Travel through the beautiful verdant Golan Heights. From the settlement of El Rom we discuss how a handful of Israeli tanks held up a Syrian assault column at Oz 77 during the famous Battle of the Vale of Tears in 1973, whilst at the nearby border we see wrecked tanks and the memorial. From Mount Bentall Observation Point we point out the new UN borders and look across to the destroyed and abandoned Syrian town of Al Qunaitra. Weather permitting, drive to Mount Hermon and reach the summit by cable car.

Travel to Kiryat Shmona, the object of many Hezbollah rocket attacks. High on the Lebanese border we will hear from local residents about life on the front-line from 1982-2006. Thence to Shtula, raided by Hezbollah in 2006 and the catalyst for the Israeli incursion into Lebanon later that year.

Walk the battlefield at the Horns of Hattin where Saladin broke the Crusaders, admire their unique construction skills at Montfort Castle and walk the walls of their last stronghold of Acre.

Drive to the summit of Mount Tabor for magnificent views en-route to Megiddo, where some believe the final biblical battle of Armageddon will take place, and look across the ground over which Allenby decisively defeated the Turks in 1918. Visit Apollonia (Arsuf) where Richard the Lionheart fought Saladin to a standstill, then travel to Caesarea, a Roman and Crusader stronghold. Continue to Tel Aviv and check in to our hotel for the final night

At the Etzel Museum we discuss the battle for Jaffa in 1948 Israel’s War of Independence and view the fantastic collection of weapons in the Israel Defence Forces History Museum. Thence to the Palmach Museum dedicated to the underground fighters of pre-state Israel. Transfer to the airport for our return flight to London. 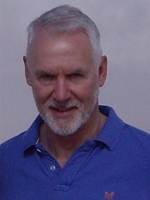 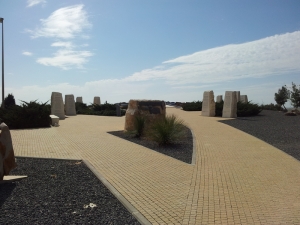 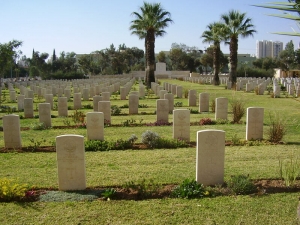 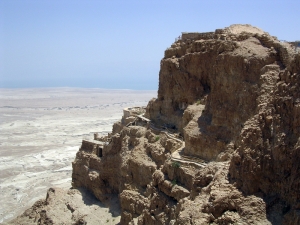 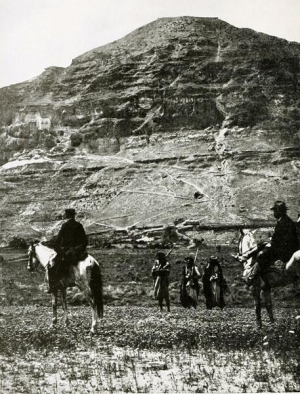 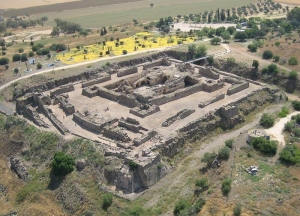 The Crusader Castle of Belvoir