This tour tells the complete story of Benito Mussolini and Italian Fascism from its violent beginnings to its inglorious end. Beginning in Rome, where ‘Il Duce’ held power for two tumultuous decades, we visit both his private homes and his grandiose official residences. A unique feature of the tour is an exclusive appearance by the Duce’s granddaughter, Rachele Mussolini, who shows us around his home town, Predappio, including his birthplace, and the family’s burial vault, and tells us about living with the legacy of her infamous forebear. During this tour we see all the significant sites of Fascism’s rise and fall – the Duce’s sumptuous office and private air-raid shelter; the Palace from where Mussolini spoke to adoring crowds; the regime’s modernist architecture in Rome’s EUR quarter; the mountaintop hotel from where Mussolini was rescued by crack German airborne troops; and the scenes of his final downfall and death among the gorgeous lakes of northern Italy and Milan. Fascism, despite the wartime suffering it brought to Italy, still has its adherents today, and this tour explores and explains both Mussolini the man and the dark creed he created.

Benito Mussolini invented Fascism in 1919 in the chaos that followed WW1. Soon after, he and his blackshirted followers marched on Rome and he was in power as Italy’s dictator, or ‘Duce’. At first, the regime was admired by many – including Churchill – for its achievements and dynamism. But, as Mussolini fell under Hitler’s sinister power, and his aggressive attempts to build a new Roman Empire floundered, he led the country to defeat and disaster in WW2 and his own life ended as violently as his career had begun.

We fly to Rome and check in to our hotel before an introductory talk from our expert historian, Nigel Jones, followed by dinner.

Visit the Palazzo Venezia. This magnificent papal palace, now an art gallery, housed Mussolini 's offices. We visit his grandiose study, from whose balcony he made his speeches - including his declaration of war on Britain in 1940. It was also the scene of his overthrow by his own Fascist Grand Council in July 1943. We walk round the EUR quarter, a striking example of Fascism's architecture. After lunch, we visit the Villa Torlonia, the Rome home of the Mussolini family, touring the sumptuous house and grounds - including a private anti-air raid bunker.

We check out of our hotel and visit the Foro Italico sports stadium, with its Fascist mosaics and statutory, before visiting the Ardeantine caves, site of an SS massacre of hostages following a partisan attack in 1944. We climb high into the beautiful Apennine mountains to visit the Hotel Campo Imperatore where, in September 1943, Mussolini was freed in a daring airborne raid by German special forces after his overthrow. Overnight in a mountain hotel.

We drive north to Predappio, Mussolini's hometown and final resting place. After lunch we meet Rachele Mussolini, the Duce's youngest granddaughter, who tells us about her family and her grandfather's legacy and shows us the vault where he and his family lie, also we visit the Casa Natale, Mussolini's birthplace. In the evening we check into our hotel, situated in an extensive vineyard, and enjoy a wine tasting tour before dinner.

We sample the controversial shops stocked with Fascist souvenirs and Mussolini mementoes lining Predappio's main street before visiting Villa Carpena. This private museum was Mussolini's family home. It is full of relics including the Duce’s bicycle, uniform, pistol and iron cradle - made by his blacksmith father. We break for lunch in Verona, before arriving at Gardone Riviera, on Lake Garda, and check in to our hotel.

We explore sites of the Salo Republic, the Nazi-controlled Fascist puppet state set up by Mussolini after his rescue in 1943. We tour Salo museum, documenting its history and the cult of the Duce. We then have a walking tour of significant sites, including the villa and boathouse used by Mussolini and his mistress Claretta Petacci. Our afternoon is devoted to visiting the extraordinary Vittoriale degli Italiani: the palatial home of the poet and prophet of Fascism, Gabriele D'Annunzio. A museum, mausoleum, theatre and more, it must be seen to be believed!

We check out of our hotel and drive to Lake Como, rival to Garda in its beauty, and the scene of the Duce's detention and death in April 1945. We first visit Dongo, the lakeside town where Mussolini, his mistress, and cronies were arrested by partisans as they tried to flee in a German convoy. We visit the Partisan museum in the town hall where they were held and enjoy a guided visit to the spot where Mussolini and Claretta Petacci met their end. We check into our hotel near Lake Como for the last night of the tour.

On our way to Milan airport for our flight home we visit the two city squares which bookend Italian Fascism. The Piazza San Sepolcro, where the movement was founded in March 1919, and the Piazzale Loreto, where the corpses of Mussolini, his mistress, and his cohorts were suspended upside down from garage girders to the delight of a cheering mob in April 1945. 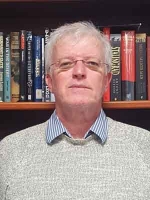 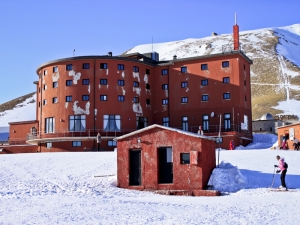 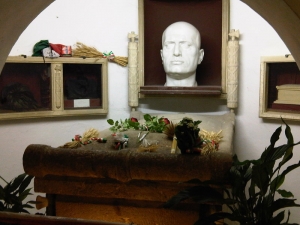 Tomb of Mussolini in the family crypt 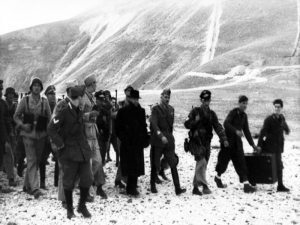 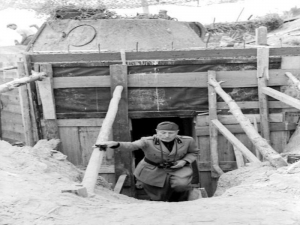