The varied terrain of Northern Italy, and the military challenges that it presented, provide a magnificent backdrop for this wonderful tour: the confused fighting amidst the wooded, mountainous terrain between the Riviera and Turin; the challenges and manoeuvre opportunities provided by the flat land of the Po valley and its numerous watercourses; the exploitation of the bridges at Piacenza and Lodi; the beautiful fortress city of Mantua which endured numerous sieges; the mighty Dolomite Mountains reflected beautifully on the shimmering surface of the stunning Lake Garda, witness to at least three battles in 1796. We will find ourselves in fascinating historic towns and cities along the way: Milan, Verona, Mantua and Genoa, enjoy some great hotels and appetizing Italian cuisine. And all this under the guidance of Dr Martin Boycott-Brown, author of ‘The Road to Rivoli’, the definitive study of Napoleon’s first campaign.

In 1796, France's army in Italy was under-fed, under-equipped and unpaid. It’s fair to say it was also low on morale. It was this army that Napoleon picked up by the scruff of its neck and turned into the effective fighting force that would defeat successive Austrian armies and conquer northern Italy. It was to be the beginning of a long road to glory for Napoleon and France, and indeed, many have said that this, his first campaign in command, was his most brilliant. Nevertheless it only created a peace that was to last for two years and the year 1800 saw Napoleon once again fighting in Italy winning a dramatic victory at Marengo on the 14th June, where he secured France’s dominance of Austria in both central Europe and Italy. It was also here that he began to collect the team of supporting personnel that would accompany him through his career, including half of his future marshals. Indeed it was here that the Napoleonic Legend was born: the little corporal aiming the guns at Lodi; the Republican general crossing the bridge at Arcola, flag in hand; the First Consul crossing the Alps on a white stallion (or was it a mule?); the timely arrival of Desaix at Marengo.

"TCE have made it possible for us to visit many battlefields. They are all well run, enlightening, with good guides and good companions."

Fly London to Milan. Drive to Genoa, where Massena’s small starving army was besieged for 2 months in 1800, and check in to our hotel for two nights.

Montenotte, Napoleon's first victory in high command, is our first stop followed by the battles of Millesimo, Dego, and Mondovi, which effectively took Piedmont out of the war. These Ligurian coast battles demonstrated Napoleon's first use of the strategy of the central position, the same strategy that he was to adopt in his last campaign at Waterloo, some 19 years later.

Day 3 - Lodi and the crossing of the Po

Today we follow Napoleon and his Passage of the Po and the resultant battle of Lodi, whose bridge was stormed by Napoleon on May 10th 1796 earning him his title ‘the little corporal’. Here we see Napoleon's use for the first time of his strategy of the 'manoeuvre sur les derrieres.' Check in to our hotel in Verona and our base for the next 3 nights.

Day 4 - Mantua and the banks of Lake Garda

Explore Mantua in the heart of the Po valley and the focus of the many Austrian thrusts into northern Italy during this campaign. This magnificent town is surrounded by three lakes and was virtually impregnable. We walk around the steadfast walls and wander through the old town. After lunch we visit the battlefields of Lonato and Castiglione, where the French desperately fought off the Austrian attempts to relieve the great fortress.

This morning we examine Napoleon's 3 day victory at Arcola. Here Napoleon, flag in hand, yet again led his troops across a bridge in the face of the enemy. This afternoon you are free to wander round the beautiful city of Verona.

The French victory at Rivoli on January 14th-15th 1797 provides us with our battlefield study today. This battle effectively ended the Austrians' attempts to relieve Mantua and ensured French dominance of the Po Valley. We drive to Pavia and check into our hotel for the last two nights of the tour.

Today we visit the scene of one of Napoleon's greatest victories, Marengo. With his forces strung out, Napoleon was surprised by the Austrians, who in turn, believing that they had defeated the French, formed an order of march, only to be attacked by Desaix and routed.

Drive to Milan for our return flight home.

View images of our latest Napoleon in Italy tour here 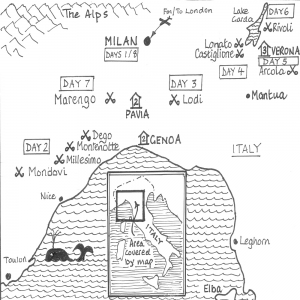 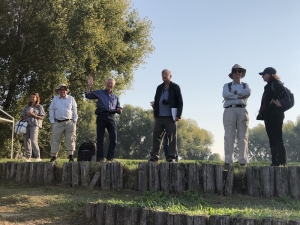 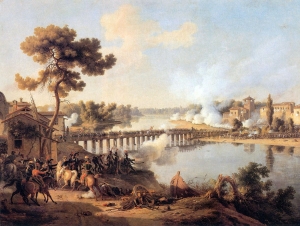 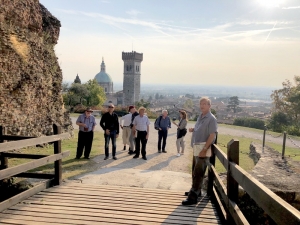 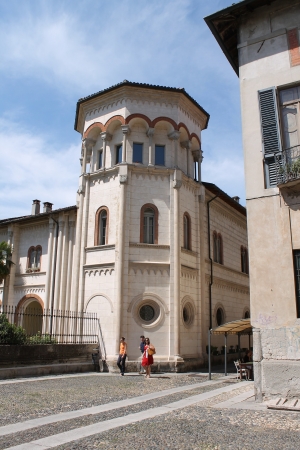 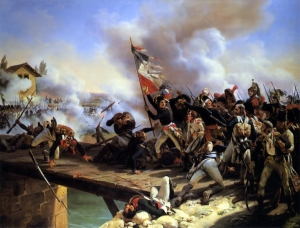