Napoleonic Wars in The Netherlands

Dutch Courage in the Lowlands

Napoleonic Wars in The Netherlands

Dutch Courage in the Lowlands

Of vital strategic importance, the Netherlands saw no less than three ill-fated expeditions by British redcoats during the Napoleonic Wars. This tour revisits these forgotten campaigns under the guidance of two historians who have led the way in bringing these events back to the forefront of study. From the sand-dunes of Den Helder to the polders and fortresses of Flanders and Brabant, we take in the events of 1799, 1809, and 1813-1814, as well as fitting in visits to two of the country’s leading museums. Our bases of Alkmaar and Bergen-op-Zoom, central to the events of 1799 and 1814 respectively, place us at the heart of the action throughout the stay whilst affording the opportunity to sample the hearty local cuisine.

From the time of the Spanish Armada, Britain was aware of its vulnerability to seaborne attack from the Low Countries and sought to ensure that the Dutch coast remained in friendly hands. The failure of the First Coalition in 1797, however, gave the French possession of Belgium, including the vital Scheldt waterway, and enabled France firstly to establish the Batavian Republic as her Dutch puppet and later to absorb the whole area into metropolitan France. As a result, Great Britain launched a series of expeditions, to the Helder in 1799, and Flanders in 1809 and 1813-1814, all aiming to recover this vital strategic coastline. Variously beset by troublesome allies, inadequate command, local disease, lack of resources, and all subject to political interference, all three expeditions ended in disaster. Rich with human experience, these campaigns showed the Napoleonic British Army at both its best and worst.

Day 1 – Arrive. Fly London to Amsterdam and drive to Alkmaar where we check-in to our hotel for two nights. Introductory briefing and a chance to meet the guides and fellow travellers.

Day 2 – Den Helder. We drive to Den Helder, pausing at Camperdown to review the naval battle of 1797 that set the context for the campaign that followed. We visit the site of the landing of 1799, where Sir Ralph Abercromby’s redcoats fought their way ashore, before ending the day with a visit to the Dutch Naval Museum.

Day 3 – The 1799 Campaign. We continue with the events of the 1799 campaign, following the course of the fighting through the sand dunes and reliving the actions fought at Castricum, Egmont, and Bergen-am-Zee. In the evening, we relocate to Bergen-op-Zoom for the remaining three nights.

Day 4 – Walcheren. The tour now fast-forwards a decade to the disastrous Walcheren Expedition of 1809 and we visit the key sites on the ill-starred island – now thankfully fever-free!

Day 5 – Bergen-op-Zoom. Our focus now shifts to the final campaign, that of 1813-1814. After reviewing the initial actions of the campaign, we return to Bergen-op-Zoom to tour the remaining defences and trace the course taken by Sir Thomas Graham’s redcoats on the night of 8-9 March 1814 as four attacking columns struggled to link up in the darkness.

Day 6 – Return. Prior to returning home, we end the tour with a visit to the National Military Museum at Soesterberg, which contains artefacts connected with all three of the campaigns covered, as well as numerous other pieces of interest from the long and varied military history of the Netherlands. 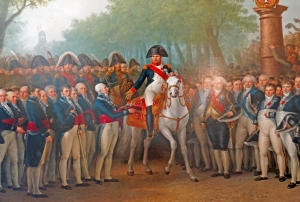 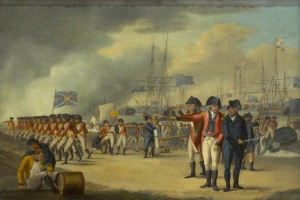 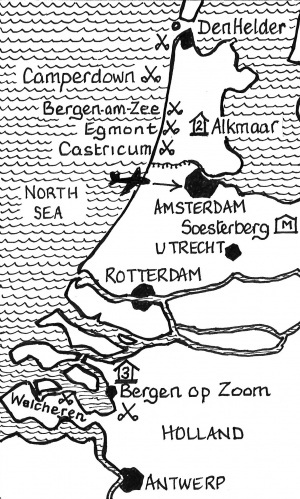