This unique and insightful tour explores the culture and geography of Nepal with an emphasis on the British Gurkha connection. Led by retired Gurkha officer Gordon Corrigan, a fluent Nepali speaker who is well known in the hills, we will tour the ancient capital of Bhaktapur, where buildings eight hundred years old survived the earthquake of 2015 while more recent constructions did not. We will climb up to the Darbar where the King of Gurkha, who unified Nepal, was born and ruled, visit Gurkha hill villages, ride on elephants, visit British Gurkha centres for briefings on the current Brigade of Gurkhas and Area Welfare Centres to see how the Brigade looks after its old soldiers and widows who have fallen on hard times. Landlocked between Tibet to the north and India to the south, Nepal was for a long time a country where the only means of travel off the main east west highway was by foot. This is no longer the case as in recent years the road network, while still not extensive, has improved enormously and it is now possible to explore this fascinating land without expending more than a reasonable amount of effort. Nepal has few raw materials and she is poor but nevertheless a proud land and the home of the Gurkhas. Wherever possible, we work with ex-Gurkhas on this tour: some are assisting with logistics, others own hotels and restaurants. Thus we stay in a range of hotels from the 5-star in Kathmandu to the rustic but clean 3-star in Gorkha and Pokhara. A donation to the Gurkha Welfare Trust will be made by The Cultural Experience on behalf of every client booked on the tour.

Ethnic Mongolians entered and settled in the hills of Nepal in the distant past and eventually, under the King of Gorkha, unified the plethora of tiny statelets into the nation that we know today as Nepal. After an inconclusive war with the British in 1814-1816 both sides came to the conclusion that they would much prefer to be friends rather than enemies. As a result, Gurkhas have continued to soldier for the British for over two hundred years, most recently in Afghanistan. She has never been colonised nor, despite a long connection with Britain, was she ever part of the British Empire. Combining the culture of Hinduism, Buddhism and ancient Kirat and Bon beliefs, Nepal’s history is a rich kaleidoscope of conquest, expansion and war combined with the magnificent architecture of the various rulers and stunning scenery, with the Himalayas overlooking everything. For long an absolute, albeit benevolent, monarchy, Nepal is now a republic.

Day 1 - Late evening departure from London for Kathmandu via Doha

Arrive Kathmandu late afternoon and transfer to your hotel for two nights. Welcome drinks and introductory talk before dinner.

Visit the imposing 6th Century Boudhanath, one of the largest Buddhist stupas in the world; the UNESCO temple complex at Pushupatinath, one of the holiest Hindu sites in Asia; and explore medieval Bhaktapur, the ancient capital of Kathmandu. Late afternoon talk followed by curry supper with serving officers and SNCOs at the British Gurkha Camp Kathmandu.

Scenic drive through the Trishuli valley with its imposing gorges and raging rapids, to Bandipur a delightful hill village unchanged in centuries except for the comfort of its excellent boutique heritage hotel, the Gaun Ghar, where we have dinner and spend the night.

Drive to Gorkha, where it all began. Climb up to the Darbar, where Prithy Naryan Shahi, the founder of modern Nepal came to the throne in 1742, aged 21. We visit the Gurkha Area Welfare Centre for a briefing on the Welfare scheme. Check in to the Gorkha Gaun Resort hotel for two nights.

A day away from road travelling as we relax and enjoy the magnificent Himalayan scenery that surrounds our hotel. Perhaps you might take a scenic mountain walk, or stroll in to the village to meet the locals, explore the nearby palace and visit the regional museum.

Drive to Pokhara where we meet some Gurkha veterans to hear some of their stories at the Kaski Old Soldiers Home. Check in to the ex-Gurkha owned Hotel Meera for two nights.

We drive to this typical Gurkha village, populated by Gurungs and Puns and from where the British Army has obtained many recruits. Enjoy lunch in the village inn. Return to Pokhara to visit the Gurkha Museum, share a curry supper with officers and SNCOs at British Gurkha Post and hear about the recruitment process.

We drive to Bachauli situated on the edge of the Chitwan National Park. Here we enjoy a cultural show by Tharu villagers (the Tharu are thought to be the original inhabitants of Nepal, before the arrival of the Gurkhas). Check in to the Jungle Safari Lodge for three nights.

We travel by canoe along the East Rapti River disembarking for a walk through the jungle. This afternoon we drive in the National Park to experience a jeep safari where we hope to find rhinoceroses and plentiful exotic birds, and if we are lucky, we may even catch a glimpse of a tiger.

This afternoon we see these majestic beasts in their natural habitat as we enjoy a safari in the National Park.

We fly from Bharatpur back to Kathmandu and return to Hotel Shanker for our last night in Nepal. There will be some free time for personal exploration before we enjoy our farewell dinner at the Bhojan Griha restaurant and experience an evening of Nepalese culture music and dance.

Morning flight to London via Doha. 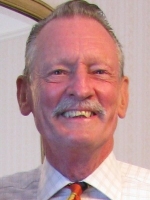 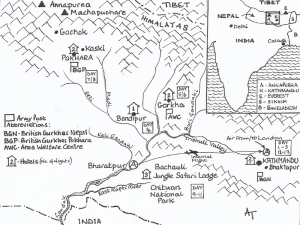 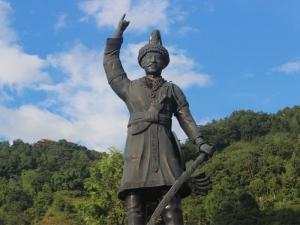 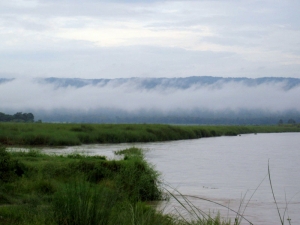 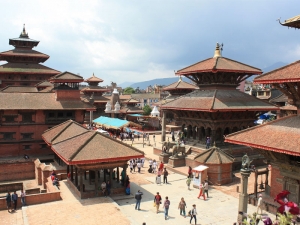 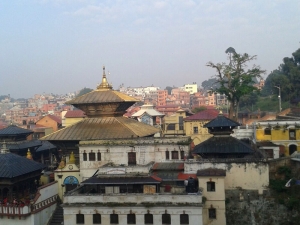 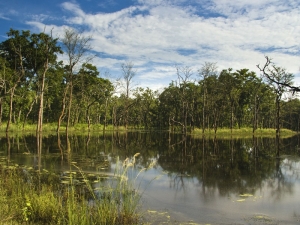