St Petersburg, Russia’s most opulent city, home to the Tsars and the much maligned Imperial elite, was destined to become the epicentre for a revolutionary movement and would eventually take on the name of its leader becoming Leningrad. St Petersburg’s former glories have made it a magnificent place to visit, populated by grand palaces which exhibit examples of architecture from a plethora of cultural periods and its historical centre is now a UNESCO World Heritage site. Moscow, the centre of Russia’s political power, also played its part in the revolution, with the Kremlin forever becoming the imposing symbol of the regime and also the resting place of Lenin himself. Visiting Russia’s two cities, you will see where the Russian Revolution eventually exploded, explore its aftermath and immerse yourself in one of the most unique and fascinating cultures in the world.

All this will be experienced with Dr Neil Faulkner, whose ‘A People’s History of the Russian Revolution’ has raised more than a few eyebrows.

Today the term ‘revolution’ is used very loosely, making it hard for us to really understand the scale and impact of the Russian Revolution. It was, without doubt, one of the most important events in world history, changing the political landscape for the rest of the twentieth century and giving birth to regimes that would eventually have a third of the world’s population living under them. What happened in 1917 went on to completely reconstruct an empire covering a sixth of the globe and its legacy went on to shape politics, economics, society and culture worldwide.

Fly London to Moscow arriving in the afternoon to check-in to our hotel and receive an introductory talk before welcome drinks and dinner.

Explore the Kremlin, the imposing and impressive home of the Russian government past and present. It was chosen by Lenin as his residence in 1918, located in the famous Red Square which is also the home of the revolutionary leader’s mausoleum. Thence to one of the most beautiful sites in Moscow, the Novodevichy Convent, a regular feature in the novels of Tolstoy and the nearby cemetery, a pantheon of the founders of the USSR and new Russia. Lastly we visit the Art-Nouveau Ryabushinsky Mansion which reluctantly the Soviet writer Maxim Gorky accepted as home upon return from exile.

Before departing Moscow we pay a visit to the State Central Museum of Contemporary History which documents the political history of Russia over the last 150 years and then visit the controversial ‘Wall of Grief’ erected in 2017 to commemorate those persecuted under Stalin. We then experience the vastness and beauty of the Russian countryside aboard the Sapsan express train to St Petersburg arriving early evening to check-in to our hotel for six nights.

We spend a full day at the Winter Palace, the official residence of the Russian monarchy. This would have been an obvious target for the Bolsheviks and it was stormed in 1917, an event which became the symbolic image of the revolution. The month-long looting of the palace’s wine cellar gave birth to what is known as ‘the greatest hangover in history’. The Palace now makes up part of the colossal Hermitage Museum, which holds the largest collection of paintings in the world.

We walk along Nevsky Prospekt, St Petersburg’s main thoroughfare, where the marches and demonstrations started on Women’s Day 1917. These uprisings over the simple demand for bread gathered momentum and the revolution quickly became an unstoppable force. At the Field of Mars we see where the ‘honoured dead’ of the revolution were buried and memorialised. The famous Kazan Cathedral and the Russian Museum near the Mikhailovsky Palace give us an insight into Russian religion and art before the day ends at the stunning Church of the Spilled Blood on the site where Alexander II was fatally wounded by anarchists in 1881.

Kronstadt Naval base has become one of the symbolic features of the October Revolution. First the sailors joined the February riots, executing their officers and siding with the Bolsheviks, before turning against them in a twelve day rebellion and battle in 1921. Thence to the Peter & Paul Fortress, a prison for political prisoners that became known as the ‘Russian Bastille’. A one-time home to Trotsky, Dostoevsky, Tito and the Decembrists, it was taken over by the Bolsheviks in 1917 and used as a prison for their political enemies. We end our day aboard the Aurora battleship from where the blank shot was fired that signalled the start of the revolution.

Today we drive out to the Tsarskoe Selo where we spend the entire day at this wonderful complex of Romanov summer palaces. Subject to its refurbishment being complete (scheduled Summer 2020), at the Alexander Palace we experience another beautiful residence, initially preserved by the Bolsheviks as a demonstration to the masses of how the Tsars once lived, but today it’s devoted to commemorating the lives of the last Romanovs. The magnificent and opulent Catherine Palace with its elaborately decorated blue-and-white facades featuring gilded atlantes, caryatids and pilasters is the jewel in Tsarkoe’s crown. Its interior is no less spectacular.

We enjoy specially arranged visits to the Tauride Palace, where the ill-fated Provisional Government was based before the Petrograd Soviet took it over, and the Smolny Palace where Lenin chose to set up his government and his home until the civil war forced him to move to the safety of Moscow. This afternoon we visit the ‘House of three Benois’ where many of Leningrad’s post-revolution Party and government leaders were housed: specifically, we explore the preserved apartment 20, which served as home to Sergei Kirov until his death in 1934. Visit Yusupov Palace which boasts one of the best-preserved interiors of the imperial age and is well known for the assassination of the ‘mystic monk’ Rasputin.

View the revolution exhibition at the Museum of Political History, based in the former Bolshevik HQ where Lenin made his historic speech from the balcony. Catch the Sapsan high speed train to Moscow. Prior to checking in to our hotel for our final night we visit the Gulag museum which tells the terrible story of life and conditions in forced-labour camps under the USSR.

We visit an apartment residence at The House on the Embankment, the purpose built home for many high-ranking party officials. Continue to the airport for flights home. 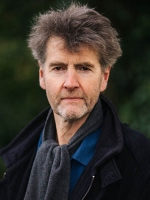 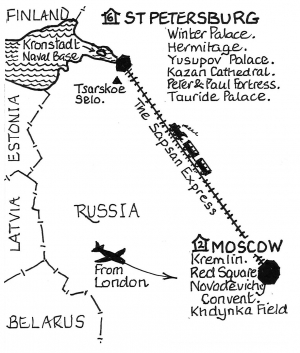 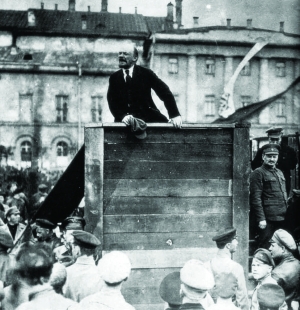 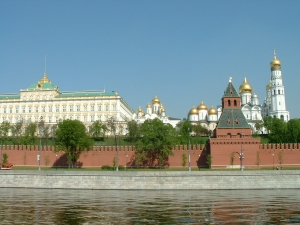 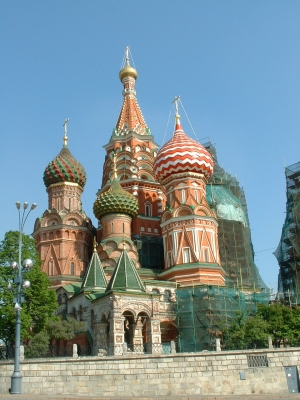 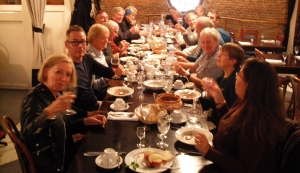 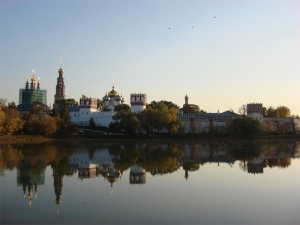 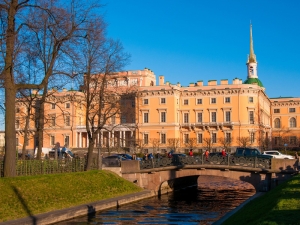 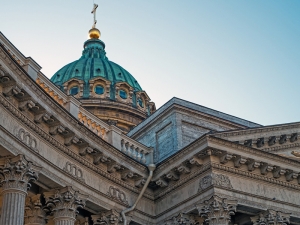