The sixteenth century was the last to see armed conflict between England and Scotland. Whilst the last battle was fought at Pinkie in 1547, it is the English victory at Flodden in 1513 that is the most celebrated. With Henry VIII’s attention focused on leading his army in France, a Scottish army under James IV invaded England and drew up on a low ridge known as Flodden Edge to meet a hastily formed English army under Thomas Howard. Lacking restraint, the impetuous Scots were badly mauled. The result was a far cry from the disciplined success achieved by the armies of William Wallace and Robert Bruce almost 200 years previously where, at two carefully selected and prepared defensive positions outside of Stirling, the Scots won immortal fame as they destroyed the English forces of John de Warenne and Edward II on the fields of Stirling Bridge and Bannockburn respectively. The period between these two great conflicts was the crucible in which Scottish nationhood was formed with the continuing pendulum of the ‘Three Hundred Years War’ between the two kingdoms as a backdrop; events which remain both current and topical in terms of the current Scottish nationalist debate.

Inescapably the major commemorations of two of these battles could have a significant influence on the outcome of the current Scottish nationalist debate, we will examine the impact of these battles both militarily and politically each day ending with a topical talk to lead discussions on the historical impact on the independence debate. The battlefield tour will provide opportunities to wear actual harness and weald the swords of the period. For the more adventurous, there will be opportunities to try your hand as a man (or woman) at arms. The tour is based entirely out of the Norton House Hotel & Spa, one of the finest country house hotels in Edinburgh and AA Hotel of the Year Scotland 2010.

"For that is the mark of the Scot of all classes: that he stands in an attitude towards the past unthinkable to Englishmen, and remembers and cherishes the memory of his forebears, good or bad; and there burns alive in him a sense of identity with the dead even to the 20th generation."

Assemble at our Edinburgh hotel and check-in for four nights. Introductory talk ‘The Great Cause, England and Scotland at War’ followed by dinner.

Just over 500 years since the battle of Flodden was fought, we visit the exhibition at Etal castle which was taken and held by the Scots prior to the battle. Thence to Flodden where commence our tour from Piper’s Hill. Talk ‘The days of the Steel Bonnets; unification of the crowns & legacy’ followed by dinner.

We look at the success of two icons of Scottish independence: William Wallace and Robert Bruce. We visit the Wallace Monument, Stirling Castle and explore the probable site of the battle of Stirling Bridge (1297). Talk ‘Flowers of the Forest – how Flodden came about’ followed by dinner.

“For so long as 100 men remain alive, we shall never submit to the domination of the English. It is not for glory or riches or honours that we fight, but only for the liberty which no good man will consent to lose, but with his life”.
Robert Louis Stevenson

We visit Bannockburn Memorial Park, where, by virtue of our ‘VIP Kings Ticket’ we will take grandstand seats for ‘Bannockburn Live’, the largest re-enactment of the battle ever held in Scotland and explore the themed villages and be one of the few to enter the newly opened battlefield visitor centre. Talk followed by dinner.

Check-out of our hotel for homeward journeys. 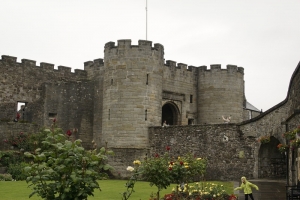 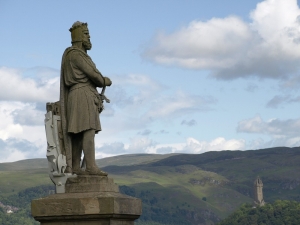 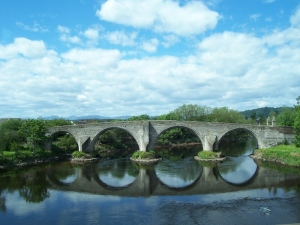 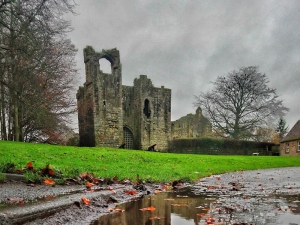 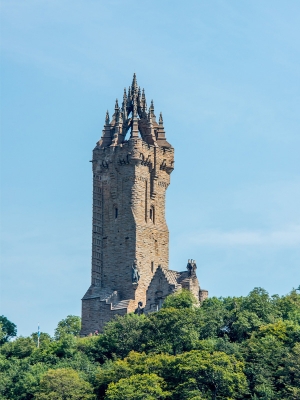