Bulgaria is, in archaeological terms, one of the richest countries in Europe possessing a wealth of sites with not just regional but also international importance, the finds from which have had made a dramatic impact on our understanding of pre-historic, classical and medieval history. We will see the world-famous Chalcolithic gold, the earliest gold finds in the world, predating the development of Babylonia and Egypt, explore an 8000 year old Neolithic settlement, enter royal and aristocratic Thracian tombs, view Roman walls, theatres and bathhouses casually exposed amidst modern towns and cities. We will walk past Roman town fortifications and visit a legionary fortress and late Roman town, stand amidst working archaeologists and become privy to the latest finds and interpretations. We will be able to admire the art and treasures of working monasteries stunningly situated atop the green mountain tops, walk ancient and medieval cobblestone streets, traverse the verdant breathtaking Balkan Mountains and visit the restored ‘museum’ villages and battlefields which commemorate the modern Bulgarian struggle for independence.

The Ancient Greeks referred to everywhere north of Thessaly as Thrace, an area that they recognised as being inhabited by skilled horsemen and craftsmen in precious metals and thus worthy of serious trade. Being a tribal people, it was inevitable that Thracian culture, and the country itself, would be absorbed by the economic prosperity and territorial ambitions of their southern neighbours. Early Thracian architecture was heavily influenced by the Greeks, followed by the martial expansion of the Roman and Byzantine Empires as they utilised the region as a buffer against the nomadic threat from north of the Danube. By early medieval times, the Bulgars had engineered a period of independence but, yet again, their southern neighbours, this time in the form of the Ottomans, conquered the area and it struggled under Turkish rule until the late 19th century. For the next hundred years turbulence ensued: independence, monarchy, major regional and world wars, republicanism and communism. It wasn’t until 1991 that democracy was established and the country became open to western influence.

Fly London to Sofia. Arrive early afternoon and drive to Plovdiv where we check in to our hotel for 4 nights.

A full day exploring Roman Trimontium, known in the high empire as Philippopolis, with structures dating from the 2nd C, in particular the agora and municipal buildings, a spectacular theatre still standing, a circus (horse racing) and 4th C city walls. At its highest point there are traces of the Thracian defences.

Day 3 - Valley of the Thracians and Hisarya

Around Kazanluk we find a myriad of tumuli, some yielding rich treasure. They house impressive granite or brick lined burial chambers, often exquisitely decorated and individual in nature, some of which are open for exploration. Thence to the pretty spa town of Hisayra, dominated by its extant impressive well-preserved ancient walls enclosing a remarkable retained irregular late Roman layout. Walk the walls and visit the Roman baths.

Travel to the Neolithic house at Nova Zagora with its excellent museum, amazing displays and contents including early gold. At Karanova we find a settlement mound which exhibits successive occupation from the 6th C to the 2nd C BC, slices cut out of the mound to reveal its chronological sequence. Thence to Stara Zagora (Roman Augusta Traiana) with its so called forum, fine sculptures, marble seating, Roman baths and a remarkable luxurious 4th century house with superb mosaics.

We drive to the dominating Shipka Pass with its tremendous views. Those feeling fit enough can climb the many steps to the Russian monument commemorating the series of battles fought against the Turks in 1877/8 which helped secure independence; others can remain at the bottom enjoying a coffee and breath-taking views. We visit the quaint water-powered village of Etar, where artisans in original houses produce rugs, wooden objects and leather goods, ending the day at the preserved town of Arbanassi with its excellent 17th and 18th C frescos, timber buildings and fine church. Check in to our hotel in Veliko Tarnovo for two nights..

At the former we stroll down paved streets and immerse ourselves in this Roman Empire city with its wealth of inscriptions, monumental masonry blocks and extant buildings. Still a working site, archaeologists will reveal its latest secrets and their interpretations. Thence to the 1st C legionary fortress of Novae with its later developed large extramural settlement, 3rd century hospital, principia, 6th century basilica, numerous inscriptions and fine views of the Danube.

Drive to Sofia and check-in to our hotel for the last two nights. This afternoon we explore the recently exposed ruins of Roman Serdica, St George’s Rotunda, 5th century church of St Sophia and visit the national archaeological museum.

Enjoy the wonderful 12th century frescos in Boyana’s medieval church and the national history museum in the former palace of the communist leaders. We enjoy the spectacular drive up to Rila monastery with its dramatic setting picturesquely perched amongst the mountains. This reconstructed working monastery, built for both defence and worship, faithfully reflects its original style and boasts some fine but foreboding frescos.

Day 9 - A late morning check-out from our hotel

Return flights from Sofia to London 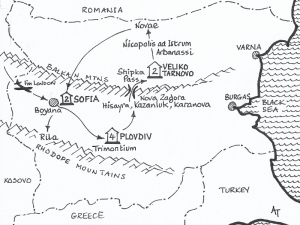 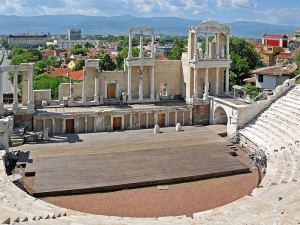 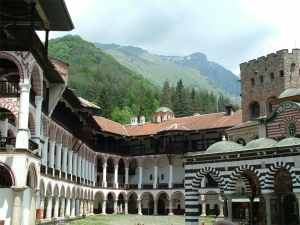 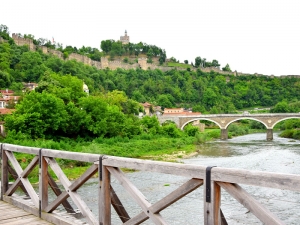 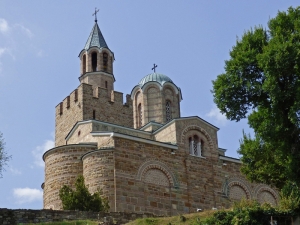