Return flights from London, 4 star hotels, buffet breakfast, one lunch, 3-course dinner with drinks each evening, all entrance fees and expert guide throughout.

Walking around Berlin today it is easy to forget that this was once a strictly divided city at the very forefront of the Cold War. Many of the symbols of that time have all but disappeared: the wall, watchtowers, checkpoints, the Allied bases and airstrips. But upon closer inspection and with expert interpretation there is clear evidence from those austere days of ideological and military confrontation. Our six-day tour, mostly enjoyed on foot under the guidance of former British BRIXMIS ‘spy’ Nigel Dunkley, will reveal extant escape tunnels, the horrors of the East German Stasi regime, distinctive DDR architecture, spy -swap locations, Soviet army and communications centres, bunkers and underground ‘ghost’ stations.

Prior to the surrender of Germany in May 1945, the Allies had determined that the defeated country and its capital, Berlin, would be split into three occupation zones (later four, to include the French) and administered by an Allied Control Council (ACC). Cooperation with the Russians, never good, quickly broke down with the Russians leaving the ACC 1948 to follow an independent administration of what was to become East Germany and East Berlin. In response the Allies unified the administration of their zones, the process provoking the Russians to seal the borders and blockade West Berlin. This, in turn, initiated the fifteen-month Berlin Airlift which ran until September 1949. That same month saw the establishment of West Germany as a sovereign state, with that of Soviet aligned East Germany created the following month. However, Berlin would continue to be occupied by the Four Powers and as such would become a quasi-frontline of The Cold War until German reunification in 1990.

Arrive Berlin. After checking in to our hotel we take a bus tour of central Berlin, taking in the Reichstag (German Parliament), Brandenburg Gate, The Wall Victims’ “Memorial of Crosses” where we meet Herr Rust, who spent years in a Stasi jail for his anti-GDR activities, climb inside (optional) the last of the 302 Berlin Wall Guard Towers in the city centre, and visit Checkpoint Charlie where the world was nearly plunged into the Third World War on 27 October 1961 by a gun barrel to gun barrel tank stand-off between the Soviets and Americans.

We travel to the east side of Berlin, the former capital of the DDR (‘German Democratic Republic); where in the morning we visit the former HQ of the Stasi secret police, where files on hundreds of thousands of citizens were kept. After lunching on top of the 1,200 ft tall Alexanderplatz TV tower, a showpiece of the East German regime, we visit the grim Stasi Prison Museum, where the regime’s opponents were incarcerated and brutalised. On our way back to our hotel we visit the East Side Gallery, the longest piece of Berlin Wall by far (over a mile long), now a famous pop art display and we see typical DDR “Plattenbau” style architecture of housing, ministries, restaurants and cinemas on Karl-Marx-Allee, the former Stalinallee.

Day 3 - Listening To The Enemy

In the morning we visit the Allied Museum on Clayallee, which displays and documents the support given by the Western Allies to free West Berlin between the end of the Second World War in 1945 and the fall of the Berlin Wall in 1989, principally the Berlin Airlift 1948-1949. We see the remains of the famous tunnel dug under the Wall by the Americans and British which successfully tapped into the Soviet Embassy-Kremlin telephone lines! We also receive a video and slide brief of the covert Allied Missions’ activities in the GDR by a former member of the British Military Mission to the Soviet Forces in the GDR, and we go inside a Handley Page Hastings aircraft which actually took part in the Airlift.

In the morning we visit the Checkpoint Charlie Museum at the chief crossing point between former East and West Berlin. We then move on to tour the former Tempelhof Airport, centrepiece of the 1948-49 Berlin Airlift which kept West Berlin alive in Stalin’s eleven month long Berlin Blockade chokehold. Our final visit before lunch is to the Gleinicke Bridge, the famous ‘Bridge of Spies’ which was the scene of several dramatic spy swaps between east and west during the Cold War, including that between U2 pilot Gary Powers, and Soviet spy Rudolf Abel .The afternoon is free for independent sightseeing and/or shopping in Germany’s vibrant capital.

We drive out to Zossen-Wünsdorf and go deep underground to the former “Ranets” Soviet HQ bunker complex taken over by the Soviets in 1945 from the former Wehrmacht HQ. After lunch we can climb the Teufelsberg (Devil’s mountain) a 105m high artificial hill composed of rubble from Berlin buildings bombed in WW2 and visit the site of a joint UK/US ‘ELINT' electronic intelligence listening post’ which eavesdropped on Soviet and DDR communications in the Cold War.

On our last morning in Berlin we visit the Bernauerstrasse museum, with its extant sections of the Berlin Wall, and hear the moving and sometimes tragic stories of how this artificial barrier split Berlin and its people for three decades. We also get a glimpse of the local ‘Ghost’ station: underground stations on the border between the two Berlins which were abandoned and eerily empty during the Cold War, before heading to the airport and our flight home. 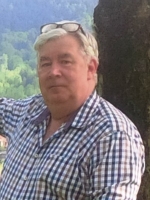 Return flights from London, 4 star hotels, buffet breakfast, one lunch, 3-course dinner with drinks each evening, all entrance fees and expert guide throughout. 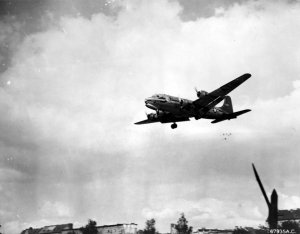 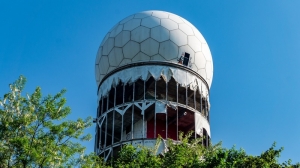 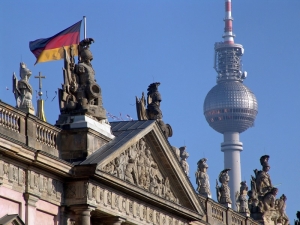 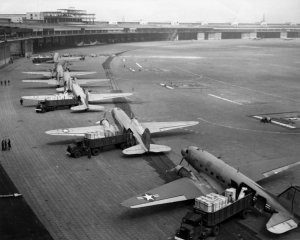 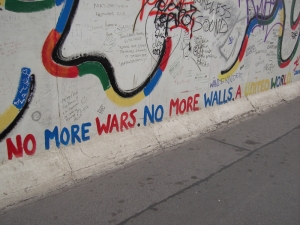 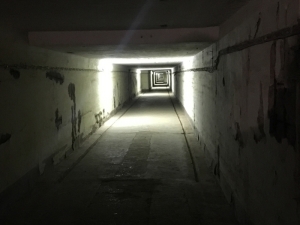 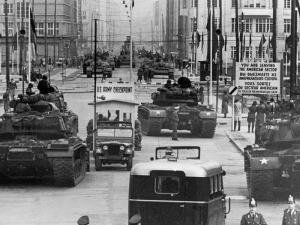