The remains of countless cities, fortifications, temples and monuments, scattered throughout Greece, stand testament to a long and vibrant past: many enjoy a worldwide reputation while some await discovery by the more inquisitive. Our selection of sites are representative of the major periods: Mycenaean, Archaic and Classical and in themselves are some of the most important in Attica and the Peloponnese. Our expert historian, Dr Rita Roussos, a veteran of many an archaeological project and former lecturer of Archaeology and Art History at the American University of Athens, will narrate, explain, interpret and analyse each of the sites of antiquity that we explore, many of which are still under excavation. Whilst in the present we will enjoy colourful Greek culture and sample some fabulous cuisine.

Our bases for the tour are two delightful five-star hotels: one with stunning views over Nafplion’s old town and harbour, the other with amazing vistas over Athens and the Acropolis and yet within easy walking distance of the Plaka. Both boast well-appointed swimming pools and al fresco dining. For that extra bit of comfort and style you might wish to spend a little extra and book a superior room or even a suite.

Homeric and Ancient Greece! Evocative times that resonate through the centuries: the little known Mycenaean civilisations of the Iliad and the Odyssey; the Archaic age that saw the rise of city states such as Athens and Sparta and the fateful war with Persia; the Classical era during which Athens and Sparta vied for supremacy; the Hellenistic which saw the spectacular rise of upstart Macedonia. Greece is an enduring and irresistible lure to those who are interested in antiquity, for the Greeks were the founders of so many of those ideals which we commonly think of as peculiar to the West. From travellers like Cyriac of Ancona ‘father of archaeology’, who journeyed there over five and a half centuries ago recording inscriptions and describing the monuments he saw, to Heinrich Schliemann and his quest to prove the historical accuracy of the Iliad and Aeneid, the Hellenic adventure was and is of profound significance for the history of the world.

"Fair Greece! Sad relic of departed worth! Immortal, though no more; though fallen great"

Fly from London to Athens and transfer to our hotel in Nafplion for 4 nights.

Mycenae is one of the most important palatial centres of the late Bronze Age in Greece. The famous Lion Gate and the Treasury of Atreus, the largest of the beehive tombs outside the walls of the city, are the most notable of its ancient remains. Tiryns is another excellent example of the Mycenaean civilization. Its impressive walls, built of stones even larger than those of Mycenae, are up to 8 m thick and 13 m high.

Drive east to the Sanctuary of Asklepios at Epidauros. This centre of healing attracted thousands of visitors and facilities were built to accommodate them - hostels, gymnasium and, of course, a theatre. Designed for a capacity of c13,000 spectators, Epidauros theatre is in an excellent state of preservation. In the afternoon we return to Nafplion to visit the Archaeological Museum, housed in an impressive Venetian building constructed in 1713 to serve as the storehouse for the Venetian fleet.

Drive south to explore the large but unfrequented site at Messene, the political, economic, religious and artistic centre of the Messenes. Still undergoing excavation, the site comprises a large theatre, an agora, a vast Sanctuary of Asclepius and the most intact and impressive of all ancient Greek stadiums.

Corinth is on the narrow isthmus between the Saronic and Corinthian gulfs connecting the Peloponnese to the rest of Greece. Although it is now split by the Corinth Canal, for over a millennium it was rarely out of the limelight in the ancient world. Continue to Athens and check-in to our hotel for the next 3 nights. Evening visit to the spectacular Acropolis Museum.

Explore the four major standing structures on the Acropolis: the Propylaia, Temple of Athena Nike, Erechtheion, and Parthenon and from there view where St Paul preached to the early Christians. The aesthetics of the architectural elements of the Parthenon are breathtaking even in a ruinous state. In the afternoon we visit the Agora where Athenian citizens gathered to conduct their business.

Possibly one of the most beautiful classical sites in Greece, situated high on the slopes of Mount Parnassos, Delphi was the spiritual centre and symbol of unity in classical Greece for hundreds of years. At its heart is the Sanctuary of Apollo where the Oracle was consulted on all major decisions. The vast site also includes other important elements: the Treasury and Castalian Spring along with a theatre and the stadium where the Pythian Games were held.

Displaying the world's finest collection of ancient Greek art, the National Museum’s light and airy exhibition space is packed with awe-inspiring bronze and marble statues, such as the Poseidon of Cape Artemision, and intricately crafted gold jewellery and weaponry, including Agamemnon's golden death mask. We spend the morning here and in the afternoon visit the little-frequented, but fascinating, site of the cemetery of ancient Athens at Kerimeikos.

A day exploring sites in the beautiful Attica area. Thorikos, where recent excavations have discovered the largest underground mining network yet found in this region of the Aegean; the early sacred site of Artemis at Brauron where, every four years, Athenians processed from the sanctuary on the acropolis in Athens; and the Temple of Poseidon at Sounion, famously immortalised by Byron who carved his name into one of its columns.

Fly from Athens to London. 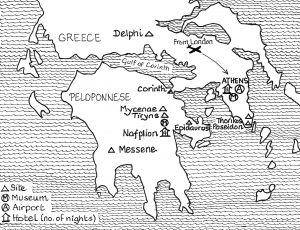 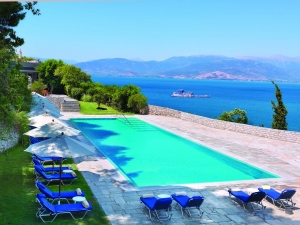 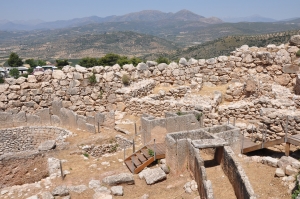 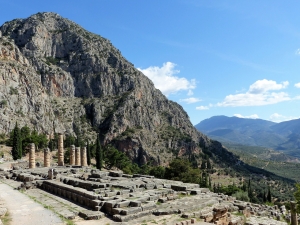 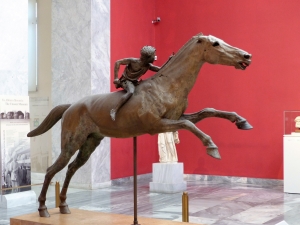 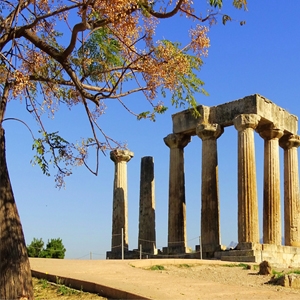