In this 8 day tour to Poland, we visit the sites of the former ghettos in Warsaw, Lublin and Krakow alongside four of the concentration and death camps - Treblinka, Majdanek, Belzec and Auschwitz-Birkenau - that played such a significant role in this genocide. We look at the struggle of both the Jews and the Poles against their oppressors, visiting the scenes of the Ghetto Uprising in 1943 and the Warsaw Uprising in 1944. You will see the shift from complete physical destruction of ghetto and camp to the actual remnants due to the rapid advance of the Soviets. However, the tour is not limited to the serious and emotive history of the Holocaust, with its clear message for future generations. We also enjoy expert guided tours of the historic cities of Warsaw and Krakow. We sample much of the local culture and visit the world famous salt mine at Wieliczka. Each evening we will dine in a different local restaurant to enjoy a wealth of diverse local cuisine.

Some six million Poles died during the Second World War, half of whom were Jews murdered in the forests in the east of the country or the death camps set up after the German occupation of their country. By far the largest of these was Auschwitz-Birkenau, which was the site of over one million deaths, mainly Jews brought here from all over Europe. The smaller, purpose built 'killing' camp of Treblinka, where Warsaw's Jews were taken, was said by its commandant SS-Obersturmfuhrer Franz Stangl to be able to murder over 1000 people per hour at its peak. With the positioning of the Majdanek camp on the outskirts of Lublin, the Germans made no effort to disguise the killings, its gas chambers and crematorium being plainly visible to passers-by. The overarching narrative of the tour is about the shift from Polish Jews to European Jews and the evolution of policy from concentration camps to death camps.

"All in all an incredibly enriching and moving experience, I am so glad I went with The Cultural Experience. With the guides vast expertise brought everything to life. Examining events in chronological order was an amazing way to learn"

This itinerary is for September & October 2020 departures

We fly from London to Warsaw before checking in to our central hotel for two nights.

A busy day exploring the Polish capital means an early start. We will see parts of ghetto walls which are still standing and the Bridge of Sighs, the site of the former bridge between the small and large ghettos. We then visit the Nozyk Synagogue, the only surviving pre-war Jewish house of prayer in Warsaw. It was built between 1898-1902 and was restored after World War II.

Before spending a few hours exploring the POLIN Museum of the History of Polish Jews, we will visit the Warsaw Rising Monument and the Umschlagplatz, a holding area set up by Nazi Germany. Adjacent to a railway station, this was where ghettoised Jews were deported to death camps across Poland.

We will then head to our base for the next evening, Lublin. After checking in to our hotel, enjoy some free time, perhaps exploring the imposing Castle / Prison, which served as a Nazi processing centre.

Our day will begin at the concentration camp of Majdanek, just on the outskirts of Lublin, where approximately 360,000 people from 28 countries lost their lives. The most preserved Nazi Concentration Camp of the Holocaust, Majdanek’s barracks, guard towers and only surviving gas chambers still completely intact. We will explore the whole camp starting at the museum and the “Gates of Hell” memorial before ending at the Mausoleum memorial, a gigantic structure which contains the ashes of victims beneath it.

We will then drive to Belzec extermination camp to explore the memorial, museum and contemplation room. The precise location of this camp was not known until the 1990’s and unlike forced labour camps, Belzec was built for only one reason. Between 430,000 & 500,000 Jews are believed to have lost their lives here. Because of the nature of the camp, there was no need for too many Sonderkommando and it is estimated that only seven people survived being sent to Belzec.

Our hotel for the evening is based in Zamosc, the historical centre of which was added to the UNESCO World Heritage list in 1992.

This morning we drive to Krakow where take a change of pace and emphasis with a guided tour of the architectural wealth of Krakow's Old Town with its busy street life. Check in to our hotel for three nights.

An early start as we are immersed in a comprehensive tour of the concentration and death camps of Auschwitz and Birkenau. To enter the camp of Auschwitz, one passes under the infamous inscription 'Arbeit Macht Frei' mounted upon its main gate, before visiting the exhibitions in the surviving prison blocks.

In the afternoon we visit Birkenau, also known as Auschwitz II, the purpose-built camp that had hundreds of barracks and 4 massive gas chambers and functioned as the epicentre of the Holocaust during 1943 and 1944. The day at Auschwitz and Birkenau explores two large camps and will involve a good amount of walking.

This evening you are free to find your own restaurant for dinner and perhaps explore Krakow.

Before WW2, some 70,000 Jews lived in Krakow, mostly in the suburb of Kazimierz. We explore this tiny area including the Old Synagogue Museum and there will be an opportunity for an optional unaccompanied visit to Oscar Schindler's Factory. This afternoon we visit the awesome 700 year old salt mine at Wieliczka, its labyrinth of 300km of tunnels revealing chapels, underground lakes and a museum.

Transfer to Krakow airport for your lunchtime return flight to London. 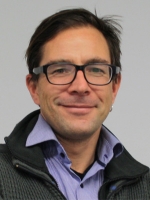 Alexander Korb is Associate Professor in Modern European History at the University of Leicester and was director of the University's Stanley Burton Centre for Holocaust and Genocide Studies between 2012 and 2018. Alexander is an expert of the Holocaust in Central and Southeastern Europe. Moreover, he specializes in the history of genocide, of international relations within wartime Europe, and in a transnational intellectual history of right-wing Europe.

View a diary of our Holocaust tour here 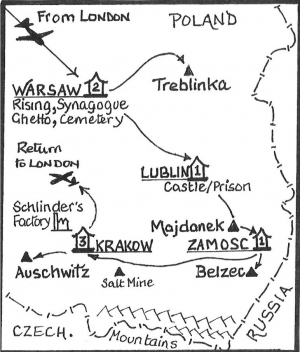 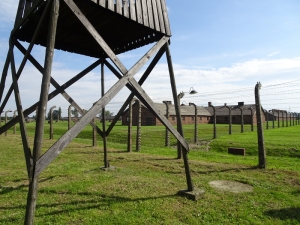 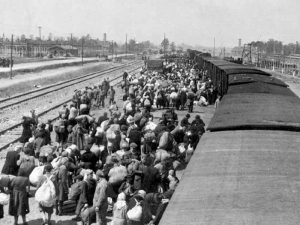 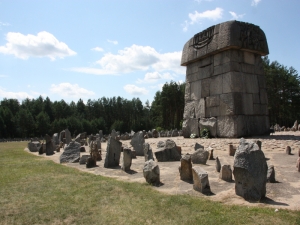 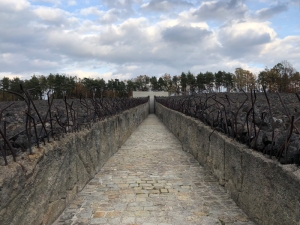 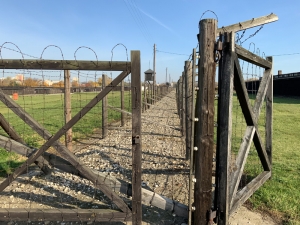 The perimeter fence at Majdanek 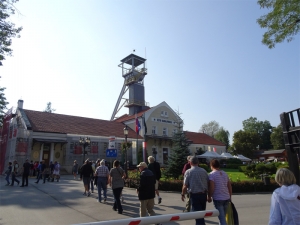 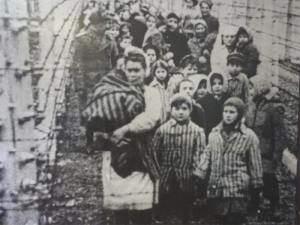