This tour explores all five battles of Ypres in great detail, covering the ground of stoic defences, brave counter attacks and the first use of poisonous gas on a battlefield. To walk the battlegrounds around Ypres allows the scarred landscape to reveal its stories of heroism and horror, enabling us to gain a deeper insight into the geography of war. Following the mostly gentle terrain, the walker's eye becomes attuned to the importance of ridges and folds in the landscape. We will be based in Ypres itself, where the vast majority of the town was destroyed beyond all recognition by German artillery and bombing, but was lovingly rebuilt to its Gothic and Flemish splendour after the war. It has since become a place of pilgrimage for descendants of the men and women of the First World War and is guaranteed to prove a moving experience.

Ypres and its surrounding salient became a major focus point of the war during the race to the sea in 1914, where it was briefly occupied by the Germans, only to be quickly won back and held thereafter by the allies. It became the beating heart of the Allied frontline throughout the First World War. Often referred to as ‘Wipers’ by the Tommy’s, it was the scene of no less than five crucial battles between 1914 and 1918. On at least four more occasions major actions took place around Ypres giving us names that have lived long in the memory including Polygon Wood, Messines Ridge and Passchendaele. The important role played by the Ypres Salient for the duration of the war provides a deep insight into the development of tactics, logistics, strategy and technology.

"This very interesting WW1 walking tour, led by Simon Jones gave us all on the tour a sobering insight in to what actually happened on the battlefields of WW1"

Depart London St Pancras for Lille on the Eurostar, drive to Ypres and check-in to our central hotel. This afternoon we walk the town of Ypres itself to hear of its remarkable survival, 'Little Toc H', the ramparts dressing station and cemetery, and the casemates which concealed headquarters and the printing press of the 'Wipers Times' (1.5 miles).

This morning we follow the First Battle of Ypres during the autumn of 1914 and the desperate last push by the Germans following the 'Race to the Sea'. Starting at Black Watch Corner, named after the men who stoically defended the position with heavy losses, we follow the Worcester’s epic counter attack from Polygon Wood to Gheluvelt on 31st October 1914 (2 miles). After lunch we turn our focus to the Second Battle in the spring of 1915, with the first gas attack at Langemarck on 22nd April from the German cemetery into the village (1 mile) followed by the heroic stand by the Princess Patricia's Canadian Light Infantry on Bellewaarde Ridge on 8th May (1.6 miles). This evening we attend the moving Last Post ceremony at the Menin Gate.

The Third Battle of Ypres, more commonly known as Passchendaele, was one of the bloodiest of the war. We start with the successful Australian attack at Broodseinde on 4th October 1917, following the advance up the ridge and the fighting for the ground around Tyne Cot Cemetery that bogged down as the Canadians struggled to take Passchendaele (3 miles). In the afternoon we walk Fourth Ypres, with a short but steep ascent to follow the route of the German Alpine Corps in the dramatic capture of Mont Kemmel during the Kaiser's Offensive in April 1918 (1.4 miles).

The final battle of Ypres made up part of the 'Hundred Days' which would eventually lead to Allied victory on the Western Front. We focus in particular on the capture of the village of Ledeghem by the 9th Scottish Division in October 1918, where many massive concrete bunkers remain. The cemetery here contains the graves of British soldiers from 1914 and 1918 taking us full circle in the five battles (2.8 miles). Return to Lille for Eurostar back to London St Pancras. 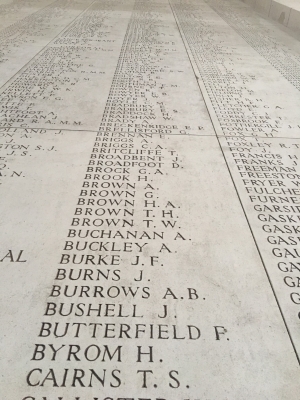 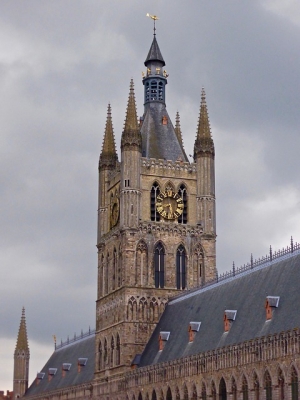 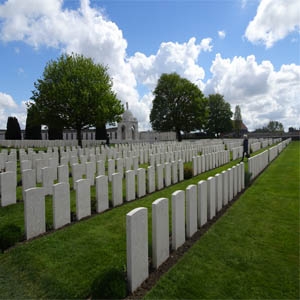