A Bridge Too Far

A Bridge Too Far

This ‘Soldiers' Experience’ tour follows the Market Garden Corridor - 'Hell's Highway' to Arnhem, and describes what it was like to experience a German tank ambush on the road to Eindhoven at Valkensvaard, and the American parachute coup de main parachute assault on the Grave Bridge. The brutal fight for the massive road bridge across the Waal at Nijmegen is brought to life from the perspective of the SS defenders of the Nijmegen citadel. Hear of the nail-biting river crossing by American paratroopers, under intense fire, with only plywood and canvas boats. Sgt Robinson's daring Sherman tank rush at the bridge, despite its obvious preparation for demolition, is described from the perspective of both sides. Finally we hear the heroic story of British Paratroopers at Arnhem and learn why it became a ‘bridge too far.

Airborne soldier-historian Robert Kershaw is the leading UK authority for the battle of Arnhem and internationally recognised as an expert for his books and research on D-Day, the Market Garden Battles and the German Army in World War II and one of our most popular expert historians.

In August 1944 Paris was liberated, symbolising a significant milestone in ending the war. However there was no time to rest on laurels and the allies planned another huge airborne offensive into the heart of Holland. The ultimate aim was to secure bridges over the Meuse and Ruhr rivers which would allow armour to cross into the territory in preparation for the advance deep into Germany itself. The advance hit a wall at Arnhem which meant the Ruhr couldn’t be secured and ended any hopes of finishing the war by Christmas.

Leave London St Pancras for Brussels via Eurostar. Drive to Joe’s bridge on the Meuse-Escaut Canal to discuss the launch of ‘Garden’ the ground advance through the Valkensvaard tank ambushes to Eindhoven. Check in to our hotel in Eindhoven for one night.

We follow ‘Hell’s Highway’ from the 101st(US) Airborne ‘Market’ drop zones across the Son Bridge to the 82nd(US) Airborne seizure of the bridge at Grave. We analyse the assault river crossing of the massive Waal Bridge at Nijmegen and the tenacious defence of its citadel by the 10th SS. Continue to Arnhem and check in to our hotel for two nights.

We explore the 1st airborne Division landings west of Arnhem and its attempts to reach the bridge across the lower Rhine. We examine and walk the capture and heroic defence of the Arnhem bridge by 2 Para, against overwhelming attacks by SS infantry and panzers.

We visit the Hartenstein 1st Airborne Division headquarters and Airborne Museum and discuss the tenacious British defence of the epic airborne perimeter. We then move down to the Lower Rhine to cover the forlorn hope of the Polish parachute landings at Driel and the British evacuation across the river. After lunch we drive to Brussels for our early evening return Eurostar to London St Pancras. 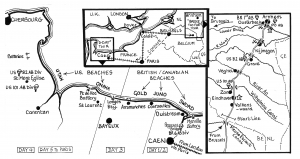 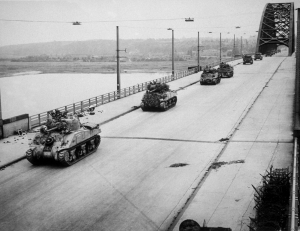 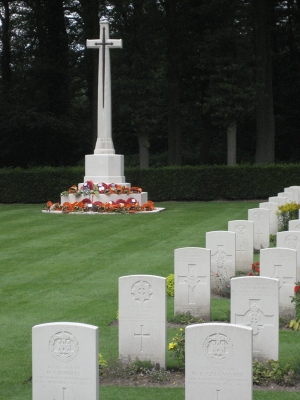 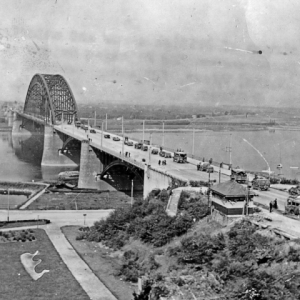