A comprehensive examination of the military career of the Duke of Marlborough, believed by many to be Britain’s greatest commander. From early years under Prince of Waldeck at Walcourt to his last action at Bouchain in chronological order (as best we can). Amidst the picturesque countryside of the Danube Valley, Wallonia and Artois we explore the fields of the Duke’s major battles: Blenheim, Ramilles, Oudenarde and Malplaquet; discuss siege craft and Vauban fortifications at Bouchain and Namur; and see how he outmanoeuvred his enemies in penetrating the Lines of Brabant and Ne Plus Ultra. We will stay in some wonderful historical towns and cities such as Donauworth, Namur and Valenciennes all renowned for their cuisine, local beers and wines – and we will do our best to introduce you to all three.

It is no secret that Winston Churchill drew huge inspiration from his ancestor John Churchill, later the Duke of Marlborough, who is generally regarded as England’s finest commander and one of history’s great captains. Marlborough understood how politics worked and during his career he revolutionised the art of warfare.

Marlborough’s mastery of his craft and outstanding leadership enabled two small countries – Britain and Holland – to challenge the might and ambitions of the King of France, Louis XIV. It was an age of formal warfare, still fought according to the rules of chivalry, with set piece battles and great sieges. But not even the genius of Vauban, the French King’s master of fortification, could prevent a series of victories, culminating in the Treaty of Utrecht in 1713. This heralded a period of peace and prosperity in England and the birth of the British Empire overseas. During this epic tour we will visit Marlborough’s greatest and most interesting battlefields in chronological order: Shellenberg and Blenheim 1704, Ramillies 1706, Oudenarde 1708 and Malplaquet 1709.

Day 1 - Schellenberg. Morning flight from London to Munich and drive to the Schellenberg Heights where we climb to visit Fort Augustus and the other surviving fortifications which were stormed by Marlborough on 2 July 1704. Thence to Donauworth where we check-in to our hotel for two nights.

Day 2 – Blenheim. We spend the whole day on this iconic battlefield, starting with the Allied advance from Schwenningen. We walk the ground and examine the bloody actions on the Höchstadt plain, fought throughout the dust and sweat of the day. Thence to the climactic struggle for the village of Blenheim itself, the key bastion of the French defence line, which was finally surrendered as night fell.

Day 3 – Höchstadt & Transfer. We explore the town of Höchstadt with its battlefield museum and diorama before continuing to Munich for our flight to Brussels and thence to our hotel in Namur for 2 nights.

Day 4 – Namur and Ramilles. Visit the extensive fortifications of Namur citadel besieged by William III and stormed by British Grenadiers on 30 August 1695. This afternoon we visit Elksem where Marlborough pierced the Lines of Brabant as a prelude to the battle of Ramilles, where Louis XIV hoped to restore the prestige of the French Army two years after his defeat at Blenheim.

Day 5 – Walcourt & Oudenarde. In the morning we explore the field of Walcourt where in 1689, Marlborough commanded the left wing. This afternoon, we move ahead in time to the battle of Oudenaarde where Marlborough drew the French into battle, enabling recovery of territory lost over the intervening two years. Thence to Valenciennes for the last two nights of the tour.

Day 6 – Malplaquet & Ne Plus Ultra. This morning we study the bloody battlefield of Malplaquet, fought in September 1709, where the Allies aimed to capture Mons and destroy the French Army once and for all. This afternoon we look at the chess game played out between Marlborough and Villars as the former figured the way to successfully pierce the Lines of Ne Plus Ultra at the causeways over the Sensée and Scheldt rivers on 4 August 1710.

Day 7 – Bouchain and Return. At the confluence of the two rivers we discuss the siege operations which led to its capitulation on 14 September 1710 and which constituted the last military action of Marlborough’s career. Time permitting, we will make a brief stop at Lille Citadel (besieged by Marlborough in 1708 and still a military installation) before catching the afternoon Eurostar connection to London. 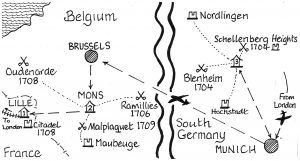 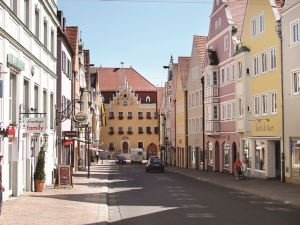 Donauworth on the River Danube 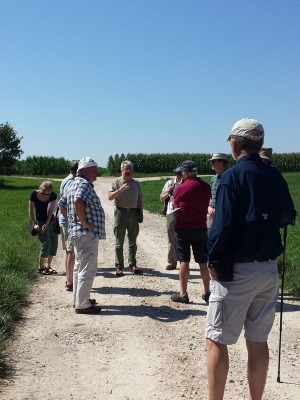 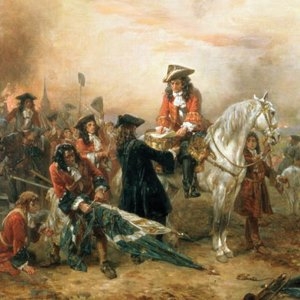