A Cultural History Tour of Russia

A Cultural History Tour of Russia

This tour take us on a wondrous journey through Russia’s rich cultural history, visiting the homes, palaces, estates and museums of the country’s greatest writers, poets and artists. The title of the tour comes from the eponymous book written by your expert historian, Orlando Figes, in which he provides a richly evocative exploration of Russia, its culture, people, and the often contradictory impulses and shared sensibilities that have given rise to one of the world's most dazzling cultures. We will stay in: St Petersburg, the former home of the Tsars, with its grand palaces in a variety of architectural styles; Moscow, the centre of Russian politics and its modern capital, where we will meet some of the country’s most famous and controversial writers and have the opportunity to experience the world renowned Bolshoi theatre; and Tula, a town that has long been at the centre of production, from Samovars in the 18th century to armaments during the Great Patriotic War. This tour provides a smorgasbord of art and culture in one of the world’s most enigmatic and generally fascinating countries. Professor Figes will discuss its influence on the wider world and analyse the effect that it has had on its people and their relationship with the imperial and political hierarchy.

The importance and influence of Russian art and culture cannot be overstated. Its great writers have produced some of the most famous works in literature: Tolstoy’s ‘War and Peace’ and ‘Anna Karenina’; Dostoevsky’s ‘Crime and Punishment’; and Turgenev’s ‘Fathers and Sons’; not forgetting Chekov, Pushkin and Gorky, gaining an insight to their professional and personal lives. The characters we meet on this tour are considered to be at the forefront of a number of movements including Socialist Realism, Modernism and Satire, with a number of them cutting quite controversial figures, especially during the Soviet era. However, it’s not just literature we will indulge in. In a number of Russia’s largest and most important galleries we will admire Russian art through the centuries from classical painting to Russian Avant-Garde and Soviet art. Russia has also been at the forefront of classical music, producing composers such as Stravinsky, Tchaikovsky and Rachmaninoff, and of ballet, with the Mariinsky and Bolshoi theatres producing the likes of Anna Pavlova and Vaslav Nijinsky.

Fly London to St Petersburg and check-in to our hotel for four nights. This evening your expert historian will give an introductory lecture before a welcome dinner.

We spend a full day in the Hermitage Museum, the main building of which is the Winter Palace, the former residence of the Russian Monarchy. Founded by Catherine the Great, embellished by each of her successors, and then massively enriched by Bolshevik confiscations and Red Army seizures in conquered Germany. The collection not only displays a history of Russian art but is incredibly varied, ranging from Greek antiquities to post-impressionist masterpieces. Equally impressive are the lavishly decorated State Rooms, testament to the incredible wealth and extravagant tastes of the Tsars.

Today is dedicated to two of Russia’s most celebrated writers. First, we visit the former home of Dostoevsky who has become one of Russia’s most highly regarded writers. His novella ‘Notes from Underground’ is considered to be one of the first works of existentialist literature. The museum looks at both his works and turbulent life which included Siberian exile and a gambling addiction. We then head to the former home of Alexander Pushkin widely regarded as Russia’s greatest Poet and the founder of modern Russian literature. His most notable work is the play, Boris Godunov, which took over 30 years to be approved by the censors. This evening, subject to availability, you have the chance to attend a show at the world famous Maarinsky theatre, which has hosted many of Russia’s most prominent operas and ballets over the years.

Writers in the soviet era had to tread lightly around a strict regime and many attracted their fair share of controversy. We start at a museum dedicated to Anna Akhmatova, a 20th century poet who was often under scrutiny by the regime, especially as her masterpiece ‘Requiem’ (1935-40) recounted the Stalinist terror. At the apartment of Mikhail Zoschenko, the author and satirist known for his deadpan style, we will hear of his literary group known as the Serapion Brothers and how he was eventually silenced by his denunciation in the Zhdanov Doctrine. We end the day in the former home of Sergey Kirov, a prominent early Bolshevik and revolutionary. He would become head of the party organisation in Leningrad before his assassination in 1934. His apartment is wonderfully preserved with original 20’s and 30’s furniture and gives an insight into Soviet life at the time.

Housed in the grand former Mikhailovsky Palace, the Russian museum’s collection contains over 400,000 exhibits covering all major periods, schools and trends in the history of Russian art over more than a thousand years. It is also located in one of St Petersburg’s grandest areas surrounded by opulent buildings and regal gardens. This afternoon we catch the high-speed train to Moscow and check-in to our hotel for three nights. During any one of our evenings in Moscow you will have the opportunity to take in a show at the Bolshoi theatre, arguably the most renowned Opera and Ballet theatre in the world (ask for details when booking).

We start at the Pushkin gallery, the largest collection of European art in Moscow and containing one of the finest exhibits of impressionist and post-impressionist paintings in the world, as well as a fine collection of archaeological artefacts from the ancient civilisations. After lunch we explore the Tretyakov Gallery, which is the main depository for Russian art in the country. It houses a fine collection of Russian Icons as well as portraits and landscapes by leading Russian artists of both the 18th and 19th centuries.

This morning we visit the Tolstoy Museum, home to thousands of artefacts, handwritten works and paintings depicting scenes from his novels. This afternoon we turn our attention to another giant of Russian literature and theatre, Anton Chekov. At his residence we learn of his most famous plays including ‘The Seagull’ and ‘The Cherry Orchard’ which made him a seminal figure in the birth of early modernism. He was also a medical doctor and would practise here. Chekov is said to have claimed "Medicine is my lawful wife and literature is my mistress."

Today we drive out to the countryside north of Moscow to Abrametsevo. Owned in the 1840s by a well-connected Muscovite, Sergey Aksakov, his estate at Abramtsevo became known throughout the 19th century as a creative playground of the Russian arts, especially the Slavophile movement. Many well-known artists and writers would stay here and would engage a distinctly Russian artistic identity, one which included a revival of interest in traditional arts and crafts in a move away from Western influences. We return to Moscow, and visit the home of writer Maxim Gorky, a political activist and founder of socialist realism. Transfer to Tula by train and check in to our hotel for two nights.

Today we visit the country estates of two of the country’s most influential writers gaining an insight not only into their work but their personal and private lives as well. Firstly, at Yasnaya Polyana, we immerse ourselves in the life of Leo Tolstoy, author of two of the most read novels in history, ‘War and Peace’, in which Natasha’s Dance actually takes place and ‘Anna Karenina’. This is the estate where Tolstoy was born, spent most of his life, wrote most of his works and also set up 13 schools for the local peasant children. At Spasskoe we explore the world of Ivan Turgenev; writer, poet, playwright and translator. Particularly popular in the west, Turgenev’s most notable works include the collection of short stories ‘A Sportsman's Sketches’, a milestone in Russian realism, and the novel ‘Fathers and Sons’, perhaps his masterpiece.

Return to Moscow for our return flight to London. 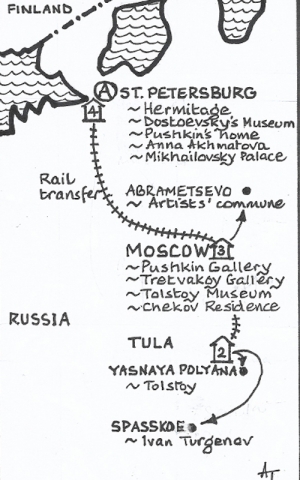 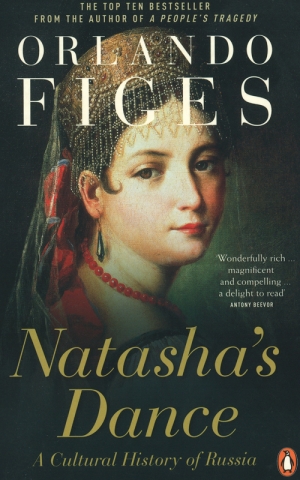 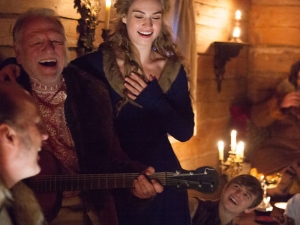 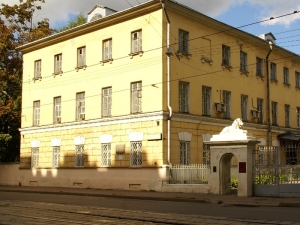 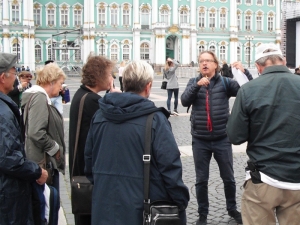