This tour encompasses all the major actions fought by Sir John Moore’s army: Sahagún, Benavente, Astorga, Cacabelos, Lugo and the last battle, that at Corunna. In passing we visit Medina de Rio Seco, the site of the calamitous Spanish defeat in 1808, and the important naval port of Ferrol, scene of an abortive attack by the nascent 95th Rifles in 1800. We travel through the spectacular Galician mountains snaking along deep valleys, crossing ancient bridges and visiting remote villages, often coinciding with the dramatic pilgrim route of the Camino de Santiago. There will opportunity to explore the golden-tinged medieval city of Santiago de Compostela with its beautiful cathedral, captivating squares and fine mix of Romanesque, Baroque and Renaissance architecture.

Sir John Moore assumed command of the British Army in October 1808 and led it across Portugal and Spain to link up with his Spanish allies to commence a campaign against his better wishes. At much the same time Napoleon arrived in the Peninsula at the head of 125,000 battle hardened veterans. Having restored his brother to the Spanish throne, Napoleon turned his attention to destroy Moore’s army which he dubbed the ‘troublesome British leopard’. With his lines of communication compromised, Moore was forced to retreat in the dead of winter over the inhospitable Galician mountains, his army fighting tenacious rear-guard actions to facilitate their escape to Corunna where they turned to face the French. It is a harrowing yet heroic story of a retreat in often freezing conditions where hunger, tiredness and inadequate clothing were as much an enemy to Moore’s men as their French pursuers in their desperate race to the coast and the succour of waiting Royal Navy transport.

"We enjoyed this trip immensely, Nick's talks and anecdotes were superb - we look forward to travelling with you again."

Drive to Tordesillas for one night. Welcome drinks and introductory talk.

At Medina Del Rio Seco we discuss the calamitous Spanish defeat in 1808 before travelling to Sahagun, where Lord Paget's cavalry won a famous victory over their French counterparts. Travelling to Benavente via Mayorga, we stop at the bridge at Castrogonzalo, held by Craufurd's Light Brigade during the retreat. Check in to our parador, a renaissance castle, for one night.

Today we consider the successful British cavalry action at Benavente which took place under the very eyes of Napoleon himself. At Astorga we pick up the retreat route proper, passing through Bembibre, sacked by the British troops, and thence to Cacabelos, where Rifleman Tom Plunkett shot dead the French general, Colbert. Continue to Nogales to see the probable place where the military chest was discarded down the mountainside and consider the rear-guard action fought nearby at Constantino. At Lugo, we examine the only place prior to Corunna that Moore offered battle. Continue to Corunna and check in to our hotel for three nights.

The whole of today is given over to a study of the battle of Corunna itself. We see the battlefield from the French heights, visit the village of Elvina, Moore's centre, and Monte Mero, his left flank. We finish our day in the gardens of San Carlos, to pay our respects at Sir John Moore's tomb.

We visit the important Spanish naval port of Ferrol and the two forts astride the estuary, the scene of the British naval and land operation in 1800. This afternoon we return to Corunna to visit the military museum and the Roman Lighthouse known as the Tower of Hercules.

Drive to Santiago de Compostela, the focal point of the Catholic pilgrim route, visit the ancient cathedral of Santiago and enjoy a guided tour of this wonderful city which was sacked by the French during the war. Catch an evening flight from Corunna to London.

View images of our 2018 Retreat to Corunna tour here 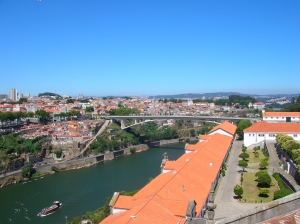 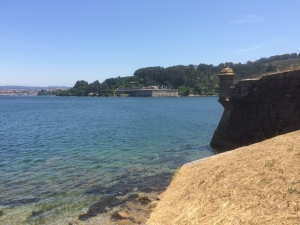 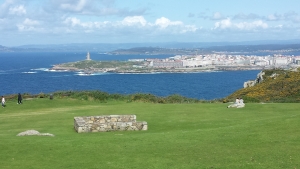 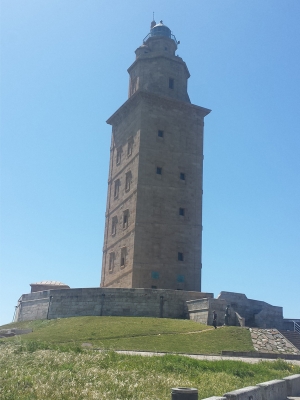 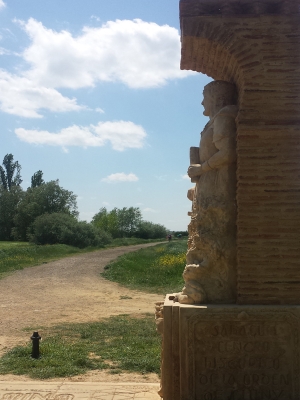