A great opportunity to explore traditional Russia and sample its history, traditions, architecture and landscapes. Our ten day tour covers the three decisive turning points of the Great Patriotic War (as it’s known in Russia) the battles of Moscow, Stalingrad and Kursk. We begin outside Moscow at Borodino, the site of Napoleon's victory in 1812 and coincidentally the same defence line held in 1941. Preserved trench lines and bunkers are visible here as are ruined buildings at Stalingrad (now Volgograd). At Kursk we peruse fascinating local museums, tank scrapes and restored trench complexes en route. Traditional Russian single storey wooden houses and iconic Orthodox churches form the backdrop to our journey, which involves considerable travel with internal flights to Volgograd and comfortable overnight in two-berth sleeper train to Kursk, other nights are spent in four star hotels or equivalent. We will also witness a magnificent Victory Day parade right outside of our hotel.

The battle for Moscow during the autumn and winter of 1941-2 was the first time a German Army was checked and then repelled during the Second World War. A second German summer offensive in 1942, another seemingly irresistible Blitzkrieg across the southern Soviet Steppe, ran out of momentum when it engaged in a costly battle of attrition at Stalingrad. Yet another Soviet surprise winter counter offensive surrounded and overwhelmed Paulus’s Sixth Army, the strongest Army in the German Wehrmacht, and threatened to cut off an entire army group in the Caucasus. The German summer offensive at Kursk in 1943 was the final gamble, involving 6,000 tanks, 4,000 aircraft and two million men, the highest concentration of men and material achieved up to this point in the history of warfare. It achieved a fleeting tactical success but the strategic initiative was irretrievably lost.

The tour explores how near the Germans got to Moscow in 1941, why Blitzkrieg failed at Stalingrad in 1942 and examines many of the myths surrounding the huge tank battle at Prokohorovka in 1943.

"The duty of the men at Stalingrad is to die."

Adolf Hitler: during a lunch conference in January 1943

Fly London-Moscow and check in to our hotel for two nights.

Today is a special one for fans of military hardware. We visit the magnificent tank Museum at Kubinka and the new, huge complex at Patriot Park. Across these two exhibits you will be able see and get up close to almost every tank, armoured vehicle and self-propelled gun imaginable and not just form the Second World War. Examples of what we will see include the massive howitzer that bombarded Sevastopol, the 'Maus' Mark VIII Panzer, the biggest tank produced during the war, Tiger I and II tanks, as well as aircraft, naval ships and even intercontinental missiles!

Day 3 - The Defence of Moscow

We travel out to the battlefield of Borodino to explore and compare the battles of 1812 and 1941. We then follow the German advance on Moscow through Istra and Chimki, its closest point, just short of the Moscow ring road.

Fly Moscow-Volgograd, landing at the former Luftwaffe airbase at Gumrak. We begin the tour of the Stalingrad city area from the Mamayev Kurgan heights, with its impressive memorial complex to overview the German assault. We visit the still preserved Grain Elevator, the Volga River crossings and Pavlov's House. Check in to our hotel at Volgograd for three nights.

We visit the Panoramic Museum and Grudinin Mill to discuss street fighting and the final encirclement from von Paulus's final HQ at the Univermag department store. We drive to the western outskirts of the city, the edge of the Steppe, to see the Soldier's Field and the German entry points into the city.

Today we view the impressive victory parade in Volgograd followed by a boat trip on the Volga to view the defence from the Soviet perspective. We travel to the north of the city to view the factory district, where the last German troops held out, and Lyudnikov's Island.

After our return flight to Moscow we visit the Great Patriotic War Museum displaying much of the epic art and equipment of the war and more besides, before catching the train to Kursk and arriving late evening. Overnight in Kursk.

Today we drive north from Kursk to view Model's Ninth Army assault of Ponyri, 'the 'Stalingrad' of Kursk, visiting the railway station, the focus of the fighting, and the superb local museum. Moving to the Teplov Heights monument we view the furthest extent of Model's advance and visit the defending Soviet general Rokossovky's bunker headquarters. Check in to our hotel for one night.

We drive the southern part of the salient following the 'death ride' of the Fourth Panzer Army to Prokhorovka, the site of the largest tank battle of the war. We follow the fortunes of the SS Adolf Hitler Battle Group, visiting preserved trenches and gun emplacements en route. We also visit the memorial bell tower and the impressive museum dedicated to the battle. Catch the overnight train from Kursk back to Moscow.

After an early morning return to Moscow and a group breakfast, we head north to Yakhroma, where we hear of the crossing of the Moskva-Volga canal by the Germans in November 1941. This afternoon we enjoyed a guided tour around central Moscow ending in Red Square which is flanked by the GUM store, St Basil’s Cathedral and the Kremlin. Check-in to our Moscow hotel for our last night.

A late morning check out in order to catch our afternoon return flight to London. 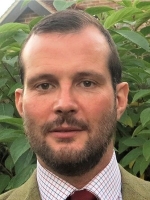 Prof Matthias Strohn was educated at the Universities of Münster (Germany) and Oxford. From the latter institution he received his Masters degree and his DPhil. He is the Head of Historical Analysis at the British Army's think tank, the Centre for Historical Analysis and Conflict Research, and a member of the War Studies Department at the Royal Military Academy Sandhurst. In addition, he is Visiting Professor in Military Studies at the Humanities Research Institute at the University of Buckingham. Matthias is a Fellow of the Royal Historical Society. He has published widely on 20th century military history, and has written and edited 15 books and numerous articles. 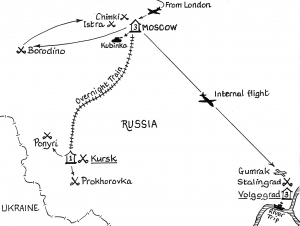 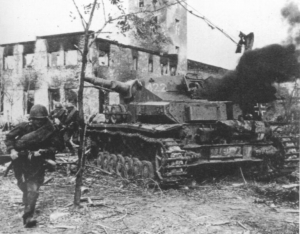 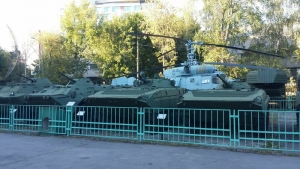 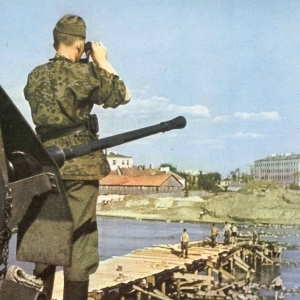 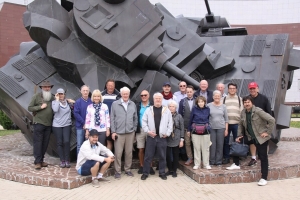 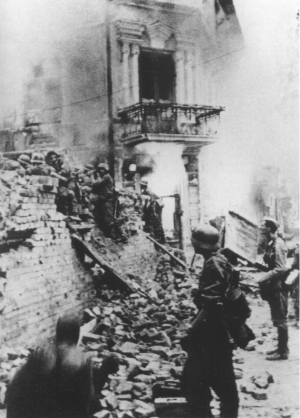 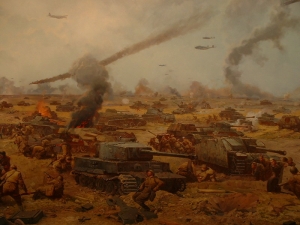 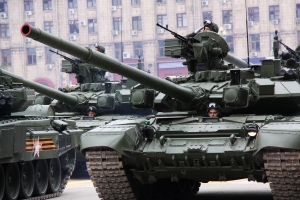 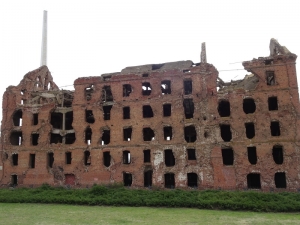 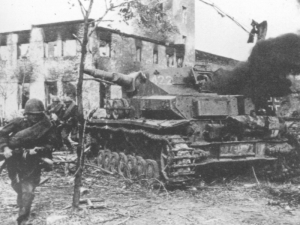 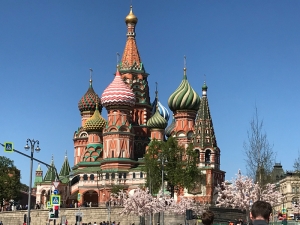