This fabulous tour to the quiet and untouched area of northern Greece and North Macedonia takes us to the battlefields of one of the least visited and much overlooked campaigns of the First World War. The scenic backdrop will never be forgotten: spectacular hills and mountains, the picturesque Lake Doiran, wonderful springtime flowers, verdant vegetation and rustic villages. The battlefields on the Salonika front are some of the best preserved from the First World War and offer a great insight into the conditions which the men on both sides withstood. We will be staying in comfortable hotels in Thessaloniki and almost on the battlefields themselves, offering the chance to sit on the terrace with a cold drink in the evening reflecting on the day’s explorations.

The tour will be guided by Alan Wakefield, author of ‘Under the Devil's Eye: Britain's Forgotten Army at Salonika 1915-1918’. He also holds the post of Chairman of the Salonika Campaign Society and is a member of the British Commission for Military History making him an almost unrivalled authority on this particular campaign.

The Salonika (or Macedonian) front was established in 1915 by the allies as an attempt to protect Serbia against a combined German, Austro-Hungarian and Bulgarian attack. Due to the late arrival of the mixed allied army and the sudden political upheaval in Greece, which resulted in them becoming neutral, they failed to stop the fall of Serbia. A stable frontline was established near what is now the Greek/Macedonian border, which saw various actions until a big allied advance in the September of 1918 led to the collapse of Bulgaria and Serbia’s liberation. The Salonica front is characterised by the huge mix of nationalities and armies that took part in the actions and also the terrible conditions endured by the soldiers. Weather extremes and disease were rife on the front line, the biggest problem being malaria which inflicted many more casualties than the fighting itself. There were around 160,000 admissions to hospital due to malaria over three years, which is almost equal to the fighting force.

"This was my first trip with the Cultural Experience and I was very impressed. Our tour manager and guide were extremely helpful and knowledgeable"

Fly London to Thessaloniki and arrive mid-afternoon. This afternoon we explore the port which is over 2,000 years old, and the White Tower, which has become the symbol of the city, before heading to Lembet Road cemetery, the resting place of over 1,600 commonwealth servicemen as well as burials of French, Serbian, Italian and Bulgarian troops. Check-in to our hotel for one night.

We start by visiting surviving elements of the infamous Birdcage defence line, named after the sheer quantity of barbed wire used. In the Struma Valley we hear of the fierce fighting of the XVI corps against the Bulgarian advance before visiting the Struma Cemetery. This afternoon we look at the successful British offensive of October 1916 and compare that with the failure at Tumbitza farm and Prosenik. Check-in to our hotel near Serres for one night.

We cross the border into Macedonia and head for the Doiran battlefield, where most of the action on this front took place. This involves a 30 minute walk to Hill 340 in the Bulgarian second line before taking a relaxing boat ride on Lake Doiran itself. Visit the British Doiran Memorial and cemetery, as well as the Greek military cemetery Check-in to our lakeside hotel for three nights.

Our exploration of the Doiran battlefield continues, taking in the varying terrain which played a key role in the story of the actions there. We take a gentle but long walk (2 hours) through the bunkers of the Bulgarian 3rd line from where the more adventurous can elect to ascend the Grand Couronne (level 3 walk) to discover the Devil’s Eye Bunker with its stunning panoramic views. We will also visit The Hilt and the Petit Couronne.

On the battlefield of Kosturino we learn of the first British action of the Salonika campaign. It was here that a much depleted and inexperienced 10th Irish Division struggled against the invading Bulgarian army and we will have a chance to pay our respects at their divisional memorial.

We cross the border back into Greece and return to Thessaloniki for our afternoon flight to London. 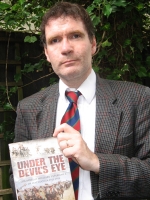 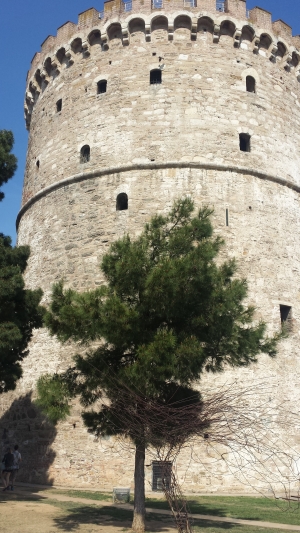 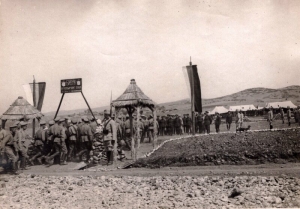 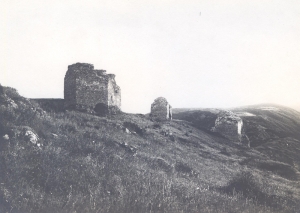 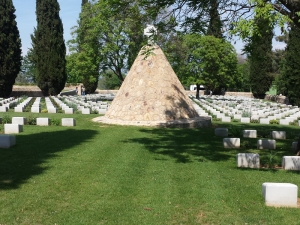 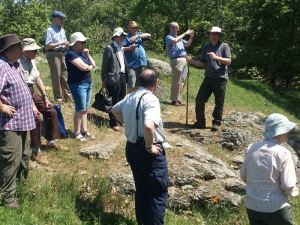 Our guide explains fighting in the Struma Valley 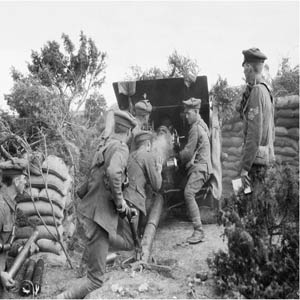