The Peninsular War In Southern Spain

The Struggle For Supremacy On Land and Sea

The Peninsular War In Southern Spain

The Struggle For Supremacy On Land and Sea

This tour takes us to some of the most elegant and historic locations in all Spain including Seville, Cordoba and especially Cadiz - Spain’s most cosmopolitan city in the Napoleonic period, her main naval base, and the destination of treasure ships inbound from the Americas. We will be travelling through the scenic Andalusian countryside in late Spring when it looks at its best. It’s a landscape that has been settled by Romans, Christians and Moors – and the region’s architecture reflects this rich heritage. This is a tour equally suitable for military enthusiasts and those wishing to sample the sites and culture of Southern Spain.

Your expert historian will be Napoleonic Wars expert Tim Clayton, the award-winning and bestselling author of ‘Trafalgar – the Men, the Battle, the Storm’; ‘Tars - the Men who made Britain Rule the Waves’; and ‘Waterloo – Four days that changed Europe’s destiny’

Cadiz, Spain’s principal naval port, was blockaded by Nelson in 1797–8 and again in 1805 when it was the backdrop for Nelson’s victory at Trafalgar. In the storm that followed the battle, many defeated Spanish and French ships were wrecked on the coast between there and Gibraltar – into which limped HMS Victory with Nelson’s body on board. When the Spanish subsequently rebelled against French occupation in 1808, a Spanish army intercepted and defeated a French army en route to Cadiz, at Bailen (the first time a Napoleonic army had been defeated anywhere in Europe). At the same time, the Spanish seized the French naval squadron at Cadiz and Great Britain came to their support, in what became known as the Peninsular War. Cadiz henceforth became the capital of independent Spain, a symbol of resistance against the French, and a vital base for the Royal Navy supporting Wellington’s allied armies operating across Spain. The subsequent siege of Cadiz tied down three corps of French troops. Cadiz’s survival was thus vital to the Allied effort in Iberia and this gives us an opportunity to explore this fascinating historical city and look at some of the nearby British battlefields, including Graham’s spectacular victory at Barossa in 1811.

Fly London – Malaga and drive over the Sierra Nevada mountains to the historic city of Jaen where French general Sebastiani defeated a Spanish force during the invasion of Andalusia in January 1810. Check into our hotel for one night.

This morning we drive on to the battlefield of Bailen to see how the Spanish army won its unprecedented victory over the French in July 1808. We visit the museum which marks the Spanish frontline and celebrate the Spanish victory with a drink at the Casa da Postas in Andujar where French General Dupont surrendered. On to Cordoba, sacked by the French before the battle of Bailen, where we check into our hotel for one night, explore this beautiful city and visit the famous Mesquita.

We drive to Seville, taking the opportunity of discussing the British cavalry actions at Villagarcia and Usagre that took place in the dusty plains north of our route. Seville was the headquarters of Spain’s Supreme Junta from 1808 to 1810. After the city was captured by the French in 1810 the Junta moved to Cadiz and Seville became the headquarters of Marshal Soult’s French army of occupation – we will visit the Hospital de la Caridad and discuss the origins of Soult’s fine art collection – ‘liberated’ from Spanish churches. Finally, we see the site of Sir John Downie’s charge across the bridge of boats which precipitated the liberation of the city in 1812. We stay in Seville overnight and there will be an opportunity to explore the cultural aspects of Seville for those who wish to do so.

Today we explore the crumbling glory that is the old city of Cadiz – our base for the remainder of the tour. We will see ample evidence of the city’s connections with Nelson - starting with a visit to the Alameda Gardens to view the scene of Nelson’s raid in July 1797. At the church of Nuestra Senora del Carmen we will see where the officers of the combined Spanish & French fleet heard Mass before putting to sea for Trafalgar and then we climb the city’s Tavira Watchtower from where citizens viewed the battle. We visit the well-preserved Forts of San Sebastian and Santa Catalina near where Villeneuve’s Spanish flagship was subsequently wrecked in the storm after Trafalgar. Bringing all this together, we will visit the city’s Museum of Cortes.

Today we take a sortie inland driving out over the Sancti Petri River area where several ships were wrecked after Trafalgar and where fighting took place during the subsequent French siege. We spend the rest of the morning visiting the museum and battlefield of Barrosa where British General Graham brilliantly defeated a large French army despite a lack of cooperation from his Spanish allies. In the afternoon we head back to the coast and view the site of the Battle of Trafalgar from an overlooking headland where Tim will recount the story of the battle.

Cadiz was strongly fortified against attack from both land and sea and today we will explore the well-preserved defences which allowed it to hold out against the French siege from 1810 to 1812. We look at Fort Matagorda, seized and heroically defended by Scottish troops before being captured by the French and its guns turned on the city. We visit Puerto Real; the defences around Puete Zuazo; the set of forts around the bridge onto the Isla de Leon; look at San Fernando; and walk down to the Urrutia battery. The city was visited by Wellington in 1812 and we will see his headquarters in Calle Vidor. The area is famous for its sherry – so we round the day off with a Sherry tasting session at the Puerto de Santa Maria.

We start our final day with a visit to the pretty town of Vejar en route to Tarifa where we discuss how the French besieged it over the winter of 1811/12. We then travel to Gibraltar for our return flight to the UK.

Although not exclusively applicable to the Napoleonic War period, Gibraltar has a rich British colonial history spanning several centuries – the ambiance of which survives to this day. This tiny outpost of Great Britain is crammed full of fascinating historical sites but is not best-suited to a coach-based conducted tour as all sites are within easy walking distance or taxi ride from our recommended base at the elegant Rock Hotel and there is ample information (all in English) on the sites concerned. If you wish to extend your stay our coach will drop you off at the gates to Gibraltar at about midday on day 7 and our expert historian will arrange a taxi from there to the Rock hotel.

Thereafter you will find it very easy to arrange your own walking itinerary of ‘The Rock’ – for as many days as you wish. The Cultural Experience will make all necessary hotel bookings and flight arrangements back from Gibraltar to the UK. 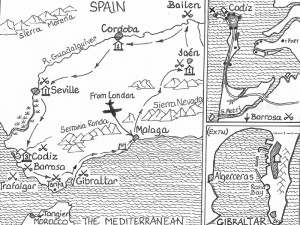 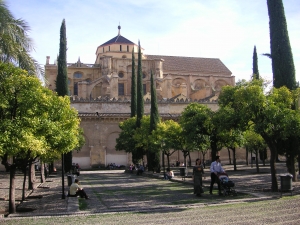 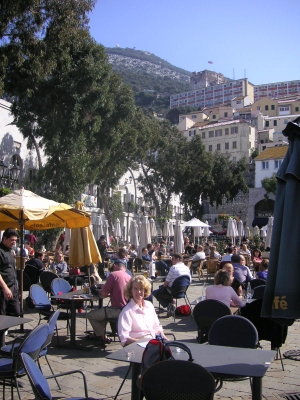 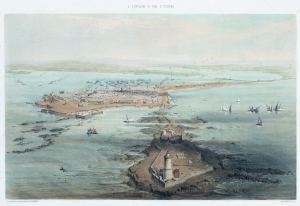 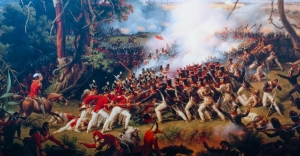 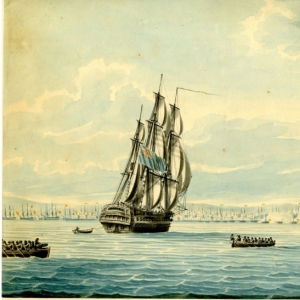