Uzbekistan, intriguing and historically rich, is a cradle of culture from where a mesmerising collection of sapphire and gold buildings, monuments and magnificent cities have arisen, reflecting the influence of the diverse cultures that have passed along the ‘Silk Road’. Some of the oldest settlements in the world conjure up images of sandy-coloured buildings adorned with turquoise domes, intricate wall tiles in magnificent rich colours that fill entire rooms, and bustling bazaars complete with patterned carpets and the smell of spices swirling through the air, all of which will transport you back to a time when these places were the centre of world trade. Situated in the heart of the Eurasian Steppe, the country boasts a dramatic geography of unforgiving deserts, sumptuous oases and fertile valleys watered by the Amu Darya, the ancient River Oxus. From its fast-modernising capital Tashkent, to the small oasis of the ancient Islamic world in Khiva a trip to Uzbekistan offers a truly pioneering once in a lifetime opportunity, all to be enjoyed in the company of Katie Campbell, an archaeologist for the past decade throughout Central Asia and the Middle East, and now completing a doctorate at the University of Oxford looking at the impact of the Mongol Conquests on the cities of Central Asia and the Caucasus. She is currently excavating Medieval Cities in Azerbaijan, Kazakhstan and Turkmenistan.

The ‘Silk Road’ was a series of trade routes that stretched from China to the Mediterranean, established during the Han dynasty. Not only were these routes crucial to the trade of goods including textiles, spices and of course silk, arguably its most important export was culture. Religion, language, philosophy and technology all travelled with the merchants and were introduced to societies all over the civilised world. The Silk Road was closed off in the mid-fifteenth century by the Ottoman Empire, which wasn’t a total disaster, as traders were forced out to sea, giving birth to the ‘age of discovery’. Uzbekistan played an important role on the route and flourished. After a turbulent history in which it has been conquered by Alexander the Great, Genghis Khan, Imperial Russia as well as a period of oppressive Soviet regime, it has been left with a rich and diverse history.

"The Cultural Experience brings professional insight, planning and performance to an enviable level"

Arrive Tashkent early morning and check-in to our hotel. After some rest and recuperation, we will re-group for lunch and an afternoon visit to the National Museum of History with many of its exhibits and displays insightful for the days ahead.

Drive through the Uzbek countryside to the ancient settlement of Shohruhiya, the first large city of Tashkent oases, situated on the Great Silk Road through Yaksart. Return to Tashkent to explore the old city or “eski shakhar” including its spiritual heart, Hast Imam Square, the Tellya Sheik Mosque and the striking brand new Mosque of Hazrati Iman. This evening we fly to Urgench then drive to Khiva to check in to our hotel for three nights.

Today we explore Khiva on foot, the most isolated of Uzbekistan’s Silk Road cities situated on the edge of the Karakum desert. Although it was virtually destroyed by Genghis Khan, much of what was subsequently rebuilt is impressive. Particularly its designated World Heritage inner fortress of Ichan Kala home to the Kunya Ark, the Khan’s fortress, the Kalta Minor Tower, the Djuma Mosque, the superbly tiled Pakhlavan Makhmud and many other mosques and Madrassas.

We explore the remains of two of the ancient desert castles on the edge of the Khorezm Oasis: Ayaz Kala and Toprak Kala, the latter known as the fortress in the wind. After lunch in our Yurt restaurant we return to Khiva to complete our exploration of this wonderful city.

We take a long drive the through the desert, enjoying a picnic en-route and stopping at the widest expanse of the Amu Dayra (River Oxus) to see how its waters have been diverted by the Soviets causing the Aral Sea to dramatically recede. We arrive in Bukhara before dinner and check in to our hotel for the next two nights.

A full day to explore the ‘Noble City’ of Bukhara, once one of the most important and beautiful cities of the Muslim world with over a hundred architectural monuments, the most important being the Po-i-Kalyan religious complex and the massive Ark fortress including its infamous Zinden in which Col Stoddart and Capt Connolly were imprisoned prior to their beheading in 1842. This evening we shall enjoy a traditional folk show followed by dinner.

Drive to the Palace of the Moon-like Stars, the Summer Palace of the last Emir of Bukhara. Thence to the Sarmysh Gorge to see the 4000 year-old open-air petroglyphs painted on its polished basalt rocks. Arrive Samarkand where we check-in to the Grand Samarkand Hotel for three nights.

Visit the 14th Century Ulugbek Observatory, its small museum and the giant astrolabe; explore the stunning Shah I Zinda avenue of beautifully tiled mausoleums; the lavish Regional Studies museum with its peculiar collection including furniture captured from Napoleon in 1812; Registan Square and its wondrous architectural ensemble of Tilla-Kori Madrasah; Ulugbeg Madrasah and Sher-Dor Madrasah, a UNESCO World Heritage site since 2001.

Morning visit the Afrosiab museum with its important archaeological collection, thence to the Bibi Khoym mosque built in commemoration of Timur's wife, buried in a tomb located in a madrasa complex nearby. Continue to the Gur Emir mausoleum complex where Tamerlane is interred.

Travel via the Takhta Karcha Pass, the birthplace of Emir Temur. Among the architectural monuments there are the remains of the massive portal of the Ak-Saray Palace and the Dor-us-Saodat Burial Complex, an outstanding example of Khorazmian architecture. Also here is a mausoleum built for Tamerlane himself several years before his death arranged in the shape of a tent. In the late afternoon, we take the high speed train to Tashkent.

Transfer to the airport for our return flight to London. 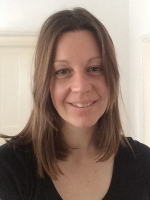 Katie has worked as an archaeologist for the past decade throughout Central Asia and the Middle East, and is now completing a doctorate at the University of Oxford looking at the impact of the Mongol Conquests on the cities of Central Asia and the Caucasus. She is currently excavating Medieval Cities in Azerbaijan, Kazakhstan and Turkmenistan.

Take a look at some images from our 2017 tour here 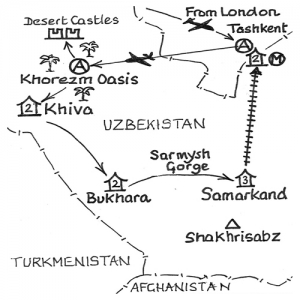 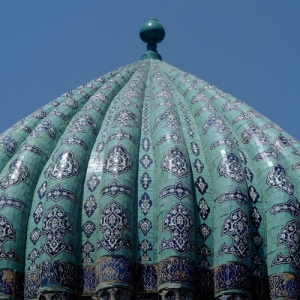 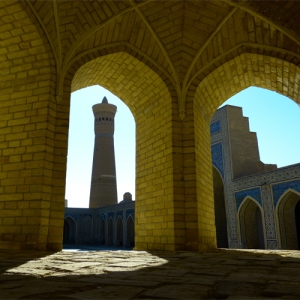 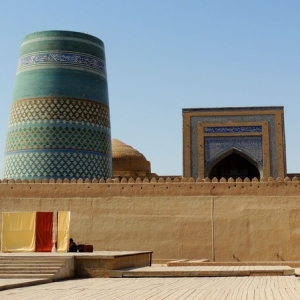 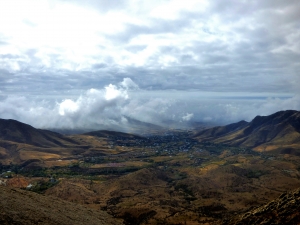 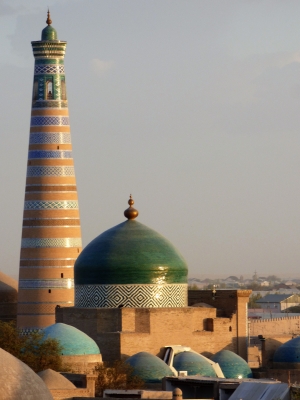