Based around Nick Lipscombe’s book ‘Wellington’s Eastern Front’, this six day tour looks at the ebb and flow of Suchet’s campaign on the east coast of Spain and Wellington’s strategic response to that threat. A virtually unknown aspect of the Peninsular War, the tour visits some of the most picturesque and vibrant parts of Spain: from Barcelona we wind our way southwards along the Mediterranean coast stopping at Tarragona, the Roman capital of Spain; the medieval fortress at Tortosa; the small ‘City in the Sea’ at Peñiscola; the imposing fort at Sagunto; and the magnificent cities of Valencia and Alicante. Inescapably we will find ourselves indulging in Roman and Medieval history and architecture whilst enjoying the culture some of its finest cities. By the end of this tour the influence of Suchet’s east coast army and the role and importance of the Royal Navy on Wellington's operations in southern France in 1814 will become very much apparent.

Spain’s eastern front during the Peninsular War is all too often overlooked as not an integral part of the Duke of Wellington’s main army operating on the Portuguese border and in western and northern Spain but, in point of fact, the two fronts were intrinsically linked. To the Spanish, the east coast was a matter of national survival; the ports of Tarragona, Valencia, Alicante and Cartagena sustained the nation, fed the people and the Spanish military machine. To the French, failure to gain early control of the east coast was cited by Napoleon as one of the principal reasons for the defeat of the Grande Armée and the loss of the War. To the British, the east coast was a necessary and cost effective distraction but, by 1812, it had become an integral component to Wellington’s plans and, in the end, it held the key to the successful invasion of France.

"The most important object, at this moment, is the capture of Valencia"

Fly to Barcelona and check in to our hotel for one night. A brief exploration of La Rambla area before enjoying welcome drinks, dinner and an evening talk on the Campaigns on the East Coast of Spain 1810 - 1814.

Visit the Fort Monjuich which witnessed one of the first and the last actions of the Peninsular War. Drive to Ordal to consider the outpost skirmish on September 1813 and then on to Tarragona where we examine the two sieges: 1811 where Suchet was rewarded with his marshal’s baton and the ill-fated British siege of June 1813. Check in to our hotel in Tortosa for one night.

The invasion of Valencia in 1811 required the clearing of a number of fortresses. The siege of the medieval fortress at Tortosa, beside the mighty Ebro river, was an early glimpse of Suchet’s determination; then to the picturesque fortress in the sea at Peñiscola (used in the filming of El Cid); before moving to the fortress and the King’s Tower at Oropesa where the Royal Navy came to the rescue of the besieged. Continue to Valencia to check in to our hotel for three nights.

This morning we visit Saguntum, famously besieged by Hannibal. We climb up to its huge fortress, the garrison of which would have watched Suchet defeat the relieving Spanish army in the plain below on 25 October 1811. We also visit its lovely restored Roman theatre before descending to the battlefield below.

This morning we visit the old fortifications of Valencia which played such a prominent part in its unsuccessful defence from 1811-12. This afternoon is free to explore the town at your leisure.

We travel to Alicante and visit the French fortress at Denia. On arrival, we either climb or take the lift up to the dominating Santa Barbara fortress overlooking the harbour and Mediterranean Sea. Check in to our hotel for the last night of our tour

We examine the halting of Suchet’s offensive from 12 – 13 April 1813: the successful delaying action by Colonel Adam at Biar on 12 April and beyond the defile, the epic encounter in the valley at Castalla the following day. Return to Alicante for our flight to the UK. 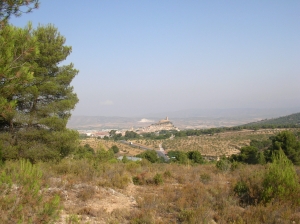 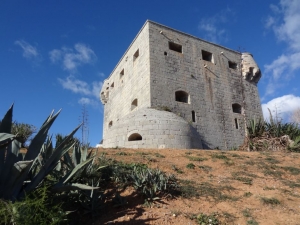