Wars Of The Roses: The Southern Battles

From Barnet to Bosworth

Wars Of The Roses: The Southern Battles

From Barnet to Bosworth

3 and 4 star hotels, buffet breakfast, 3-course dinner with drinks each evening, all entrance fees and expert historian throughout.

Based upon his successful book, “the Red Rose and the White”, John Sadler leads this, the first of our two Wars of the Roses tours, in which we explore the battles and events that took place in the south of England: St Albans, where two battles took place the first in 1455 which traditionally signals the start of the wars; Tewkesbury (1471), which saw many leading Lancastrians killed or imprisoned; castles such as the Tower of London, Warwick and Kenilworth that played important roles; and the decisive battlefield of Bosworth where Richard III was felled and Leicester Cathedral and the car park which served as his final resting places.

On a hot summer’s day in August 1485, Richard III died on the field of battle. He was the last the last Plantagenet king and reigning British monarch to be killed at the head of an army, his short, controversial reign ending in a Wagnerian flourish. Of his three immediate predecessors, two had likely met their deaths through foul play. Indeed from 1455 the Wars of The Roses split the country in two, a bitter dynastical struggle for supremacy between the houses of York and Lancaster. Lasting for 30 years they culminated in those dramatic events on Bosworth Field when Henry Tudor’s triumph established a new royal dynasty that radically altered the course of British history.

The Wars of the Roses have captured the imagination of the English for centuries, from Shakespeare’s historical plays such as Henry VI and Richard III, to the stark comparisons in George RR Martins fantasy series ‘A Song of Ice and Fire’, popularised by HBO’s ‘Game of Thrones’.

"I was looking forward to my tour, but it exceeded all expectations. John Sadler and the tour manager were both superb."

Meet at our London hotel and head to the Tower of London where Henry VI was held prisoner before his death shortly after the battle of Tewkesbury. It is also where the sons of Edward IV, known infamously as ‘The Princes in the Tower’ were held before their mysterious disappearance. We visit Westminster Abbey, the site of coronation for all English monarchs since 1066, and the burial site of many including Henry VII. Overnight in London.

Today we explore four battles in one day. We start at the battle of Barnet in 1471. A decisive Yorkist victory that went a long way to securing the throne for Edward IV. It also saw the death of one of the Wars most influential characters, the Earl of Warwick, also known as the Kingmaker. At St Albans we’ll explore two battles that took place in the town itself, both decisive. And finally at Northampton (1460), we’ll hear of a brief but important battle that saw the first use of artillery in England. Check-in to our hotel near Northampton.

We move westward and explore the battlefields of Edgecote Moor and Tewkesbury. Edgecote saw Warwick’s change of allegiance from Edward IV and his rebel force defeating a Yorkist army. The decisive Yorkist victory at Tewkesbury was one of the most crucial of the Wars of the Roses and signalled the end of Henry VI reign with many leading Lancastrian’s including the Prince of Wales, and Henry’s wife Margaret of Anjou killed or imprisoned. We also visit the abbey where many of the dead from the battle are buried. Check into our Gloucester hotel for two nights.

The battle of Mortimer’s Cross (1461), gives us our first sight of that famous name ‘Tudor’. A Lancastrian force led by Owen Tudor (Henry VII’s grandfather) came up against a much stronger Yorkist army and were routed. We move onto Ludlow Castle which Richard, the Duke of York, inherited in 1425, and it became an important symbol of Yorkist authority during the Wars of the Roses. Finally at Blore Heath (1459), we hear how the Yorkist’s managed to defeat a far greater Lancastrian force in one of the first major battles of the wars.

A break from battlefields today sees us visit two of the country’s grandest and historically most important castles. Firstly at Warwick Castle we see where the Kingmaker imprisoned Edward IV before his death at Barnet. Then Kenilworth Castle, which became a Lancastrian base of operations throughout the conflict, but has played an important role throughout English history. We move onto Leicester where check-in to our hotel.

After a morning visit to Leicester Cathedral where we will see the new resting place of Richard, we move onto the final and decisive battle of the war, Bosworth. It was at Bosworth Field in 1485, that the Lancastrian, Henry Tudor and his army brought an end to the Yorkist’s rule by slaying Richard III. His marriage to Elizabeth of York (the daughter of Edward IV) in 1486, united the two houses and the Wars of the Roses came to a timely end. Return to London and disperse. 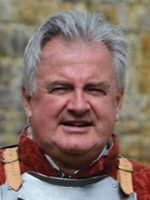 3 and 4 star hotels, buffet breakfast, 3-course dinner with drinks each evening, all entrance fees and expert historian throughout. 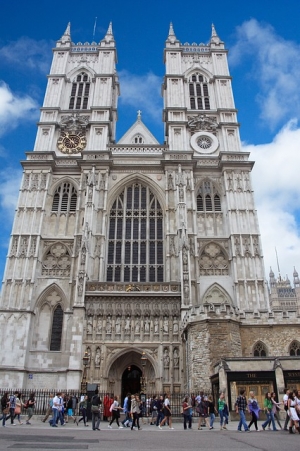 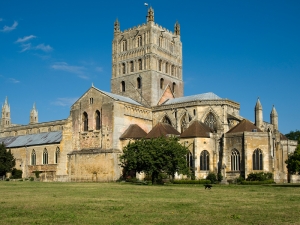 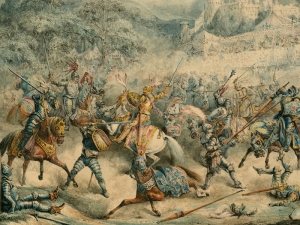 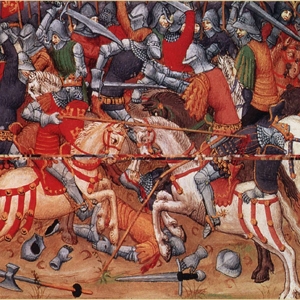