Over six days we enjoy an eclectic mix of battlefields, museums and castles as we travel through some of England’s most beautiful countryside and visit some iconic towns and cities including two of The North’s greatest cities, York and Newcastle upon Tyne in which we are based. This fascinating period of history has captured the imagination for centuries from Shakespeare’s historical plays such as Henry VI and Richard III, to the stark comparisons in George RR Martins fantasy series ‘A Song of Ice and Fire’, popularised by HBO’s ‘Game of Thrones’.

Travel through this Yorkist stronghold and be transported to an era of deceit and betrayal, turbulence and intrigue. We will visit some of England’s bloodiest battlefields, including the devastating Battle of Towton and the decisive Battle of Stoke Field, as well as exploring the imposing and foreboding ruins of Middleham Castle and the picturesque market town of Hexham.

The Wars of the Roses became one of the most defining periods in English history. Lasting for 30 years (1455 – 1485), it split the country in two and the crown passed between five different monarchs from the houses of York and Lancaster, with the latter eventually winning and Henry Tudor establishing a new royal dynasty. During this tour we visit some of the key battlefields of the war mostly from the period of Yorkist dominance and the height of Edward IV’s power. The standout engagements being Towton, where defeat in the snow caused Henry VI to flee the country, and Hexham where Lancastrian strength in the North was all but wiped out in one blow.

Assemble at our York hotel at noon for a sandwich lunch and pre-tour briefing. Check in for three nights. We take a walking tour of Medieval York including York Minster, the Snickleways, the Ruins of St Mary's Abbey and the Richard III and Henry VII exhibitions at Monk and Micklegate Bars.

From one of the first battles to the last, we arrive at the battlefield of Stoke Field (1487). Leading Yorkists attempted to usurp Henry VII and install the pretender Lambert Simnel, claiming to be the nephew of Richard III, to the throne. The battle was actually larger in scale and losses than Bosworth and ended in decisive victory for the crown. We head to the medieval town of Lincoln and visit its Norman castle and its impressive cathedral.

Day 3 – Battles of Towton and Wakefield

The Battle of Towton was one of the largest battles of the war and arguably the bloodiest ever fought on English soil, with a casualty list of around 28,000. The battle was an all-day slog in the wind and snow and although outnumbered, the Yorkist army used the wind to outrange the Lancastrian archers and with reinforcements arriving midway through the battle they were able to complete the rout. The Lancastrian cause was severely damaged, causing Henry VI to flee the country and Edward IV was able to rule for nine years uninterrupted. Our second battle of the day is Wakefield (1460), at the ruins of Sandal Castle, a comfortable Lancastrian victory after a number of clever ruses.

This morning we visit the superb arms and armour displays at The Tower Armouries in Leeds. After lunch, we head to Middleham Castle, home of Warwick the Kingmaker, prison of Edward IV during Warwick’s rebellion and finally home to the future Richard III after he married the Kingmaker’s daughter. We head further north to Newcastle where we check in to our hotel for two nights.

One of the smaller battles of the war Hedegley Moor (1464) saw a Yorkist army, led by Lord Montague (Warwick’s brother), defeat a Lancastrian force comfortably. This allowed the House of York to broker a peace with Scotland and remove another threat. Although slightly off-topic, we visit the battlefield of Otterburn, where Harry ‘Hotspur’ and his brother were captured by victorious Scots in 1388. This afternoon we learn more about the influential Percy family at the ruined Warkworth Castle and at their present family home at Alnwick Castle.

We start the day on the battlefield of Hexham (1464) where Montague followed up his success at Hedgeley Moor with another triumph over a Lancastrian army fighting for Henry VI and his wife Margaret of Anjou. The battle was relatively bloodless and another comfortable victory. However the aftermath was anything but bloodless, with over 30 key Lancastrian supporters, including the Duke of Somerset, being executed. The Lancastrian resistance in the north all but collapsed. Finally, we take a walking tour of the town of Hexham, taking in its gothic Abbey, Old Gaol (one of the first purpose built jails in England) and its historic market place and find time for a lunch break. Return to York with drop offs at our first hotel or the railway station. 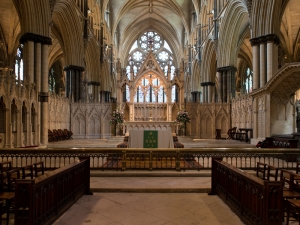 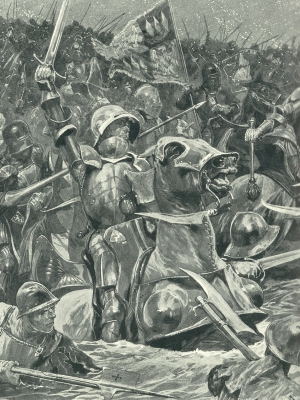 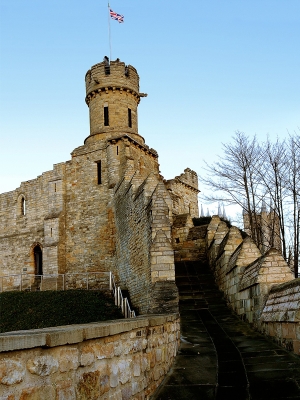