3 and 4 star hotels, buffet breakfast, 3-course dinner with drinks each evening, all entrance fees and expert guide throughout.

This is the third in our series of English Civil War tours in which we look at the actions of the final years of the war. Despite the encroachment of major roads, the battlefields that we visit are virtually as they were over 370 years ago allowing us to get off the beaten track and wander down country lanes, trails and bridle paths to gain superb views over delightful English rolling countryside. Much of the tour is based on the edge of Oxford, the university city of spires, which boasts a stunning skyline of gothic towers and steeples, intricate quadrangled golden colleges and twisting narrow lanes. We will also visit and stay at Worcester, the site of the first and last actions of the English Civil Wars where we admire its magnificent Cathedral, half-timbered buildings and visit the Commandery, the battle headquarters of the Duke of Hamilton.

If 1643 was a missed opportunity for the Royalists, 1644 was squandered in spectacular fashion by the Parliamentarians and Scottish Covenanters who had combined forces at the start of the year to defeat the King. Internecine struggles beset the English Parliamentarian higher command and distrust fuelled the uneasy alliance with the Covenanters. The north was won at Marston Moor but the allies failed to capitalise on this pivotal victory. Failures at Cropredy Bridge, Lostwithiel, Cheriton and at the second battle of Newbury left Parliament in a quandary and gave the Royalists renewed hope. Alas the failures spurred Parliament into action. The self-denying ordinance and the establishment of a New Model Army were about to change the war and the fortunes of Parliament in a remarkably short time. Within months the decisive battle was fought at Naseby after which the demise of the Royalists was only a matter of time. The rest of 1645 and 1646 was a series of sieges to capture or coerce Royalist strongholds of the futility of further bloodshed. No city encapsulated that more appositely than the King’s capital Oxford which endured three sieges before capitulation bringing an end to the first English Civil War.

Following the regicide of Charles I, his son would reignite the struggle in England with the help of the Scottish Engagers, this time on the side of the Royalists, but would be decisively defeated at Worcester in 1651.

Assemble at our hotel on the outskirts of Oxford, enjoy a sandwich lunch and check in to our hotel for three nights. Thence to the scene of Prince Rupert’s raid of 18 June 1643 at Chalgrove, in which leading parliamentarian John Hampden was killed. Evening talk on the final part of the first Civil War concentrating on the New Model Army.

We walk over the rural battlefield of Cheriton, fought on 29 March 1644, where Sir William Waller halted the Royalist breakout from the southwest. At the 2nd Battle of Newbury (27 Oct 1644) we visit Shaw House gallantly defended by Lisle’s Tercia and see how the King’s forces were able to escape the clutches of the parliamentarians. Thence to Donnington Castle where the Royalists left their artillery for safekeeping after the battle.

We spend a full day exploring the Royalist capital of Oxford and discussing its three sieges. We will visit the city defences, the Bodleian Library, the King and Queen’s lodgings at Christ Church and Merton respectively, Oxford castle and the Ashmolean Museum where we will see, amongst other things, Oliver Cromwell’s death mask.

We drive to Cropredy Bridge and explore the battlefield to see how Sir William Waller botched his attack on the strung-out Royalist army on 29 June 1644. Thence to Naseby where, on 14 June 1645, the New Model army annihilated the main Royalist Army in the most decisive battle of the first Civil War. Continue to Daventry where we check-in to our hotel for one night.

Drive to Worcester for the final battle of the Civil War fought on 3 September 1651. We see the fight for Powick Bridge, the site of the audacious opposed river crossing undertaken by Cromwell’s army across the rivers Severn and Teme and the Commandery and Cathedral from where Charles watched the battle unfold. Check in to our Worcester hotel for one night.

Stow-on-the- Wold saw the last engagement of the first Civil War on 21 March 1646 as it is of our tour. The battlefield has little changed and the town, with its two monuments, lends itself as good stop for lunch. Return to Oxford and disperse. 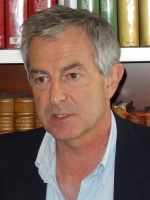 3 and 4 star hotels, buffet breakfast, 3-course dinner with drinks each evening, all entrance fees and expert guide throughout. 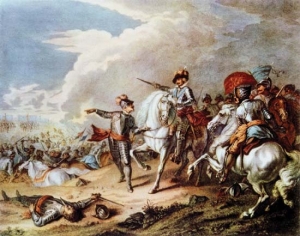 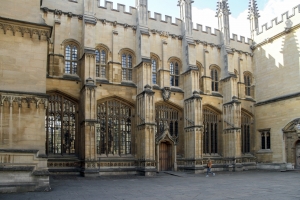 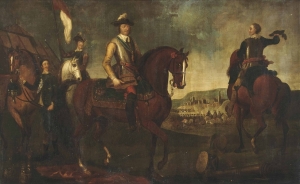 Cromwell at the Battle of Worcester 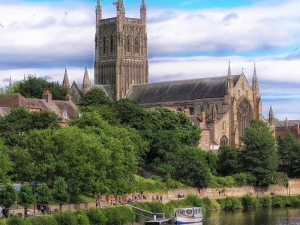 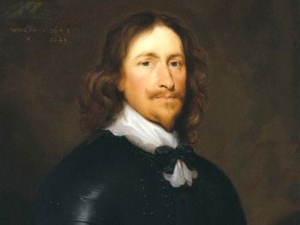 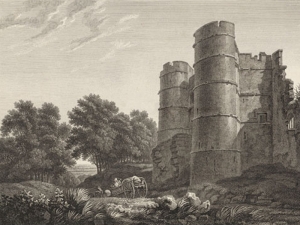