In Britain and Western Europe, the campaign on the Eastern Front is somewhat forgotten and overlooked. This seven day tour, led by First World War historian Alan Wakefield, will endeavour to put that right. Travelling across northern Poland you will see the key battlefields of the campaign, alongside forts, POW camps and other sites of historical interest. Poland is a country with a turbulent history, however its towns and cities display some wonderful architecture and the Polish people are incredibly friendly and welcoming, adding to a thoroughly enjoyable experience. During the tour you will get to see a lot of this fascinating country, staying in both larger cities and smaller towns, travelling through rolling farmland and around impressive lakes. This is a unique tour, not just for its historical content, but also for the opportunity to explore some lesser visited parts of Poland.

The northern half of Poland is a region that was the scene of major fighting during 1914 and the first half of 1915. The most well-known action was the Battle of Tannenberg (26-30 August 1914) in which the German Eighth Army destroyed the Russian Second Army and built the reputations of Field Marshal Paul von Hindenburg and General Erich Ludendorff. The Germans followed up this success with another crushing victory at the First Battle of the Masurian Lakes (9-14 September 1914). The second battle in February 1915 would eventually push the Russians out of East Prussia. German forces then invaded Russian Poland capturing Warsaw on 5 August 1915. The advance included the capture of the huge fortress complex of Modlin. However, not all forts fell so easily, as the Russian garrison at Osowiec held out for 11 months despite the Germans’ use of heavy artillery and poison gas. As much of this area of Poland was formerly East Prussia it was the site of several Prisoner of War camps housing British, French, Belgian and Russian prisoners

Fly from London to Warsaw and then drive west to Poznan. We check in to our hotel for two nights.

We start at the Imperial castle, which was finished in 1910 as a residence for Kaiser Wilhelm II. At the Old Garrison cemetery we pay our respects to British prisoners of the First World War and a number of the ‘Great Escapers’ who perished after their mass breakout from Stalag Luft III. We then head to our first fortification of the tour, the Poznan Citadel. We end the day in the town’s cemetery which contains graves and memorials to Polish and Soviet soldiers from both world wars.

We head north to Pila, home to a large First World War POW camp which housed soldiers from a number of different nations. Even though there is none of the original camp left, there is a large POW cemetery. Nearby there is a Second World War cemetery containing Soviet and Polish dead. Our final stop is at of the 19th century fort in Torun. This was used as a POW camp in the Second World War and original graffiti from the inmates can still be seen. Check in to our hotel in Torun for one night.

We start at the site of the Tannenberg Denkmal, a huge memorial built to celebrate the German victory. Hindenburg was laid to rest here in 1934, however his memorial was destroyed during WW2. In the town square of Olsztynek we see the famous Tannenberg lion before following the line of the German I Corps and gain an appreciation of the terrain. We will also see the memorial to General Samsonov, who took his own life after Tannenberg. Check in to our hotel in Olsztyn for one night.

Today we head west towards the fortress at Gizycko. Built in the classic ‘star’ layout, it withstood a major Russian attack in August 1914. This afternoon we turn our attention to the second battle of the Masurian Lakes. It was here that the Central Powers intended to advance beyond the Vistula river and knock the Russians out of the war. We observe this battle from two cemeteries. First at Grabnik, we learn of the action from the spot where the Kaiser himself watched German forces push back the Russians, then we get a feel for the terrain and scale of the battle at Talusy. Check in to our Gizycko hotel for one night.

As we travel towards Warsaw we visit two key fortresses on the Russian western frontier. First we stop at the Osowiec Fortress, which withstood a German siege despite the use of heavy artillery and poison gas. Thence to Modlin Fortress, besieged by the Germans in the summer of 1915 to force the Russians to capitulate in just nine days. This afternoon we complete our journey to Warsaw and check in to our central hotel for one night.

We pay a visit to the Powazki Military cemetery which contains casualties from the Polish Legion in the First World War, as well as the Polish-Soviet War, the German invasion of 1939 and victims of the Warsaw Uprising. We pay our respects at the Tomb of the Unknown Soldier, which miraculously survived the destruction of the Second World War and offers a poignant end to the tour. Fly Warsaw to London. 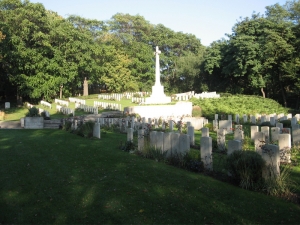 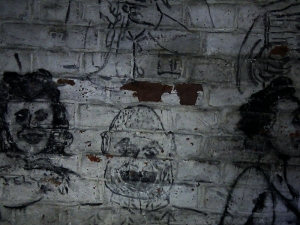 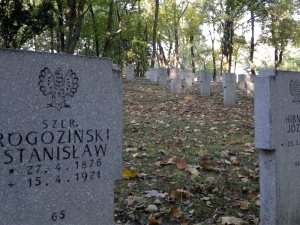 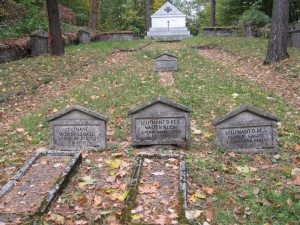 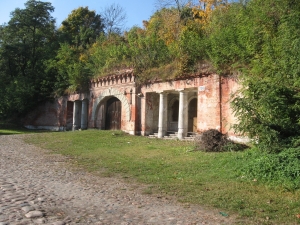